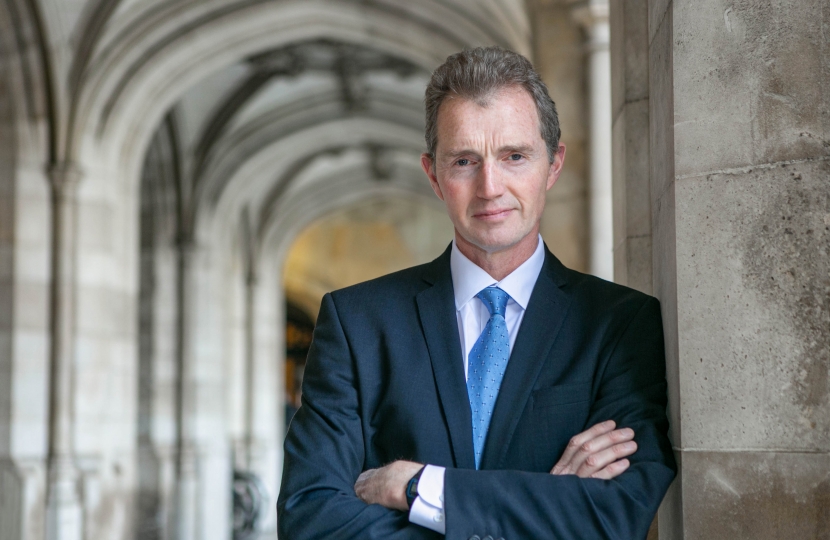 Throughout the coronavirus crisis, the UK Government has tried to find a balance between maintaining basic freedoms and preventing Covid from spreading at a speed that would overwhelm the NHS. We cannot eradicate Covid, but various lockdowns meant we never saw the NHS become overwhelmed as it did in even quite advanced countries like Italy. At the same time, we embarked on a programme to develop and distribute a vaccine more quickly than any other country in the world. This alongside testing and new treatments for those falling seriously ill meant that although the numbers of people catching Covid over Christmas was at a record high, the numbers in hospital are lower than last winter. The NHS has coped, not least because of the incredible efforts of our remarkable doctors, nurses and medical staff.

Because of this, Prime Minister Boris Johnson has been able to hold off bringing in further restrictions and those living in England were able to enjoy a traditional new year celebration with friends. The situation in Wales where we have a Labour government is somewhat less cheery. First Minister Mark Drakeford has pressed ahead with a series of measures which will have a devastating impact on the hospitality industry and on the right of people to go out and have a bit of fun. Even worse, the Welsh Labour Government initially refused to publish the scientific evidence on which its decision is based. After pressure from the Conservative opposition, we have a rough idea of what the Technical Advice Cell – which looks at data and models how different restrictions would work – suggested to ministers. However, the case for these extra measures is far from clear. If you are going to take away people's freedoms, you should tell them why you are doing it or risk losing public support. It wouldn’t surprise me if the only winners from this decision are cross-border taxi drivers in areas such as Newport and Wrexham ferrying people across to the pubs and nightclubs of England.

It is not as if ministers in Cardiff Bay are shy of publishing controversial documents. Earlier in December, the Welsh Labour Government published its new sex education guidance for schools. This document has erased words like “girl”, “boy” or “woman”. Apparently, sex education in Wales will no longer be teaching the differences between the sexes. Just half an hour was allocated for Senedd members to debate this and concerns from the Welsh Conservatives were dismissed by Plaid Cymru as “masked prejudice and discriminatory attitudes against transgender people”. I am sure the vast majority of people with concerns oppose any kind of prejudice against anyone. But there are obvious differences between men and women. Sex education lessons are the correct place to teach this, not to pretend they don’t exist.