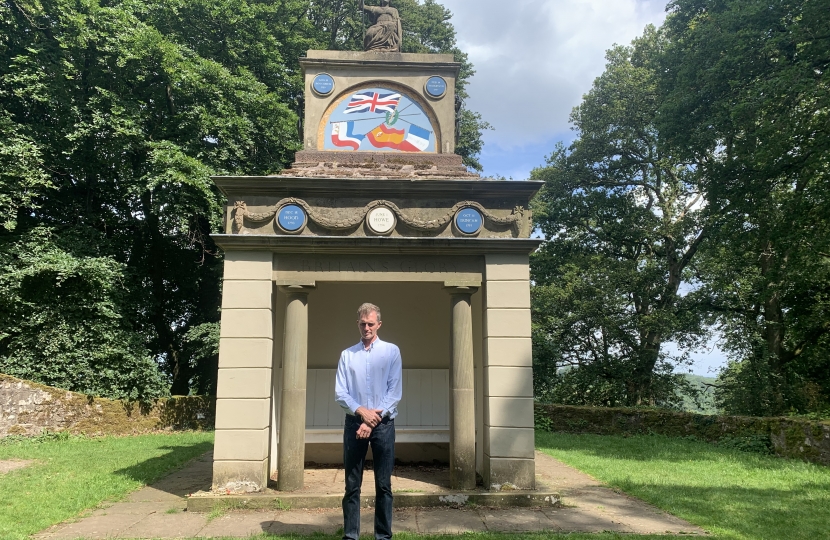 Last November, First Minister Mark Drakeford commissioned an audit of over 200 statues, monuments, buildings and street names in Wales which were said to have connections to the slave trade and the British Empire. Those singled out included notable historical figures such as Wellington, Nelson and Churchill. A few weeks ago, the Welsh Labour Government confirmed it is openly committed to “addressing fully” the recommendations from the audit. It is not entirely clear what the recommendations are other than to set up another group to look further into this. But there is clearly a question over the monuments and street names associated with the many figures identified.

Lord Nelson’s Seat and Nelson’s Garden in Monmouth are mentioned in the report, as well as the Naval Temple at The Kymin, with a suggestion that Nelson was a supporter of slavery. This is vehemently denied by the Nelson Society, which points out the great admiral welcomed escaped slaves into the navy and ensured they were paid at the same rates as other sailors. From 1808 onwards, the Royal Navy played a vital role in suppressing this evil practice. Like millions of others, Winston Churchill served in the British Army in the late 1800s in parts of the British Empire. He went on to do more than probably any other individual to defeat Hitler’s racist ideology and prevent it from taking root in Europe. To include his name in this list is highly insulting.

It is important young people today learn about the evils of slavery, fascism and a host of other unpleasant practises and ideologies. But alongside the mistakes we have made as a nation, Britain has also contributed enormously towards making the world a better place. We should be teaching that too. I am concerned at the tone adopted in the report and have contacted Culture Minister Dawn Bowden to ask for reassurance that the Welsh Government will not be changing names or removing much-loved monuments such as the Naval Temple.

The manifesto I stood on clearly committed this government not to increase taxes. Yet last week, I voted for an rise of 1.25 per cent on National Insurance to pay for increased NHS spending. There is no point in trying to gloss over my decision and people are owed an explanation.