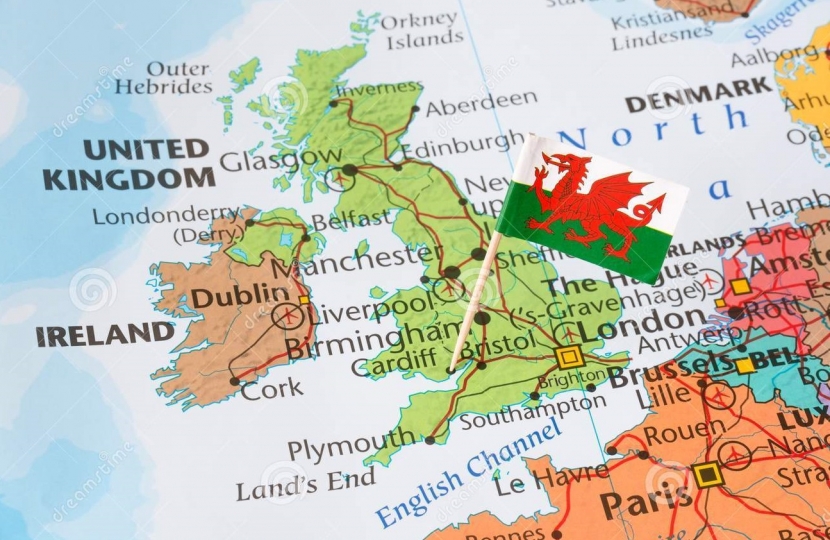 Anyone appearing on the media to express support for Brexit over the last four years faced tough questions. Interviewers asked what it would mean for students, holiday makers and exporters. Organisations such as universities, trade unions and think tanks published critical reports which were thrown back at people in favour of leaving the European Union. And quite right too. If you promote a major change, you should be willing to deal with the arguments. But the same standard is not being applied to those calling for Wales to leave the United Kingdom.

Plaid Cymru has been joined by a pressure group called Yes Cymru and now the Labour Party is fielding candidates in the Senedd elections who openly espouse leaving the UK. Yet there is barely any proper questioning of what Welsh separatism would mean. Time and again interviewers treat Welsh separatists with a reverence that was never extended to advocates of Brexit. Separatists are not challenged about the fact that outside of the union we would lose the automatic right to travel, work or study anywhere in the UK. We would see customs checks put in place on the Severn bridges. We would lose money which comes to Wales from the UK Treasury in the form of the Barnett block grant. We would lose our ability to directly influence the government of Westminster by sending 40 MPs to Parliament.

Those who glibly say we could rejoin the EU need to be reminded that Wales voted for Brexit. Plus it is far from certain that Wales or Scotland could rejoin given the hostility afforded by Brussels bureaucrats to regions leaving nations - as demonstrated by their attitude towards Catalonia. If the union falls apart, Wales will lose out but there is hardly any discussion of the pros and cons of separatism in the Welsh media. Worse still, the Welsh Government financially supports two online magazines which have an editorial stance that clearly favours separatism and the universities whose chancellors campaigned vigorously against leaving the EU have nothing to say about leaving the union of the United Kingdom. It is easy to assume that separation is only an issue in Scotland. It is not and right here in Wales, with both Plaid Cymru and now the Labour Party fielding candidates in favour of leaving the UK and with nobody in the media willing to properly challenge this, we are sleepwalking slowly towards a separatist Wales standing alone in the world.