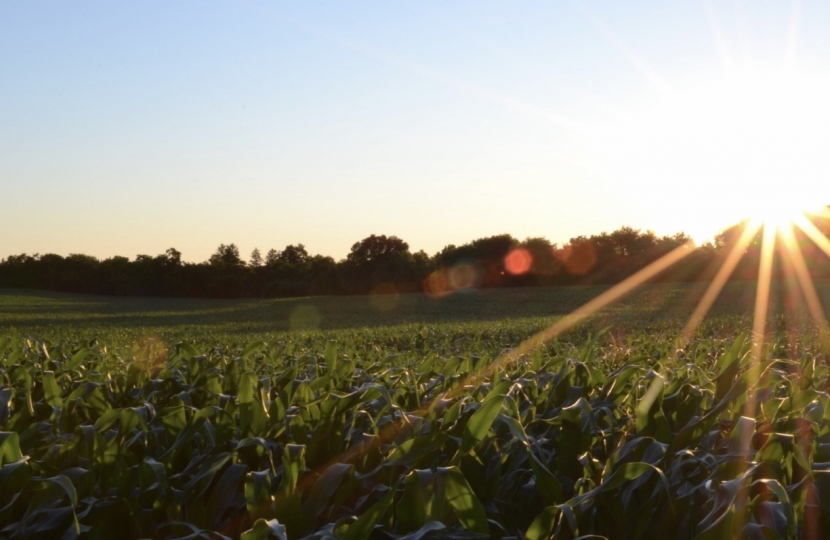 Last week saw the UK Government pass a big piece of legislation; the Agriculture Bill. In a single sentence, it ends EU involvement with British agriculture, replacing Brussels with Westminster. Simple enough. But from somewhere came the rumour that it was all about dismantling food standards to allow cheap, low-quality food to flood on to our shelves from around the world, driving down standards and putting British farmers out of business.

I was asked to support two poorly worded attempts to amend the law, which would have been devastating for British farming if they had succeeded. The one which caused the most fuss was meant to outlaw any imports not produced in exactly the same way as they are in the UK. It sounds reasonable enough, except we could never expect farmers across the world to do things in exactly the same way as farmers in the UK. It could have made it illegal, for example, for African coffee producers to export their wares if they hadn’t cut their hedgerows in October! The amendment would also have prevented trade deals with any country whose enforcement regime is less strict than ours. So, there would have been no trade deals with any third world countries - not good for choice here and disastrous for some of the world’s poorest farmers.

What is important is that food is produced to standards which are safe. That is why we already have very strict food safety legislation. This makes it illegal to import, for example, chicken washed in chlorine or hormone-injected beef. We have a Food Standards Agency which checks food imports to ensure they are safe. None of this changed last week. Nothing in the legislation undermines food standards in any way. However, had we gone ahead and effectively banned many types of perfectly safe food imports, Britain would have faced retaliatory measures - making it harder for British farmers to export their products across the world.

Far from undermining food standards, the government has made them legally binding and ensured nothing is done to undermine our own farming industry. Some will not be convinced and write to tell me they think there is some dastardly plot in government to sell out British farmers and flood our shelves with hormone-filled imports. No matter how many times I say it is untrue, or point to the laws preventing this, I will not be believed. I therefore offer a public challenge. The bill was passed last week. As soon as anyone notices an item of unsafe imported food that has appeared on a supermarket shelf as a result of the Agriculture Bill, then please let me know. We will bake it into the shape of a hat and I will happily eat it!