VIDEO: Battle for equality and respect must continue to be fought 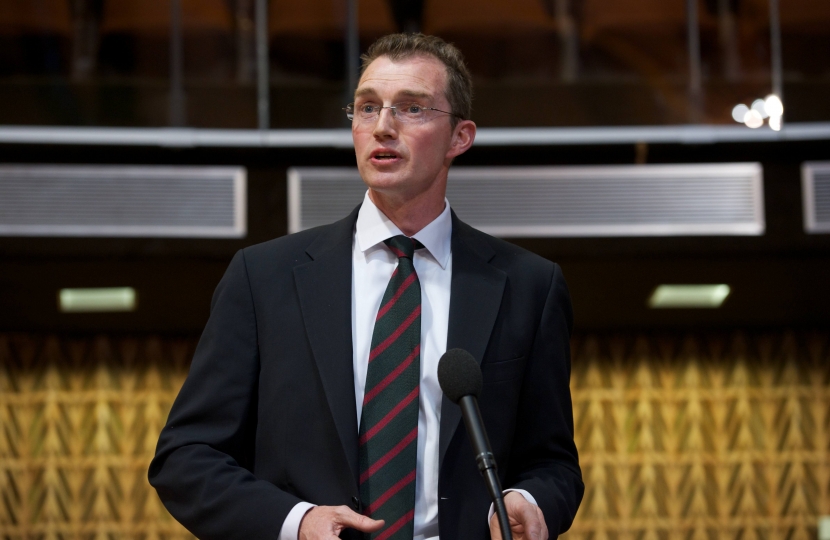 David Davies MP has thrown his weight behind International Women's Day, saying the "battle" for equality and respect is one that must continue to be fought.

Attending the launch of Monmouth Women's Festival at the Nelson Museum on Friday (4 March), Mr Davies warned against complacency when it comes to women's rights.

Many across the UK, especially those in minority communities, faced "huge challenges" and the law did not offer enough protection, he said.

In 2008, Mr Davies took part in a parliamentary inquiry into violence against women as a member of the Home Affairs Committee.

He said the committee discovered "to our horror" thousands of young girls each year are the victims of female genital mutilation and forced marriage.

"They often disappear from school rolls as soon as they turn 16 and are taken away to marry someone they have never seen before," said Mr Davies.

"A few are able to get help from the Foreign Office but speaking out leads to them being ostracised forever from their families and many simply go along with things.

"There are laws to prevent this but in reality they are not offering enough protection."

Mr Davies revealed he recently spoke to a woman living in south Wales who had been under pressure by her family to marry a man she had never met and who wanted to reside in the UK.

"Within weeks she was subjected to relentless physical and sexual abuse," he said.

"She did eventually find the courage to walk away but she told me that there are numerous women in her position unable to do so.

"Unfortunately, there are many men who think that women should be subservient and kept under 'control'.

"We really need to do more to challenge this and clearly state that in a civilised society, women should be able to walk where they want, wear what they want, go to work, and meet who they want."

Now a member of the Council of Europe's committee on equality and non-discrimination, Mr Davies raised the issue of women's rights in Strasbourg following the violent Cologne New Year's Eve sex attacks.

He said he was "extremely concerned" at the reluctance of many in authority to discuss what happened - including the Council of Europe.

"Across the Middle East and north Africa, women are expected to be 'modestly' dressed at all times or face harassment on the streets by men," he added.

"Astonishingly, victims of rape or sexual assault who make a complaint are sometimes imprisoned on the basis they must have 'brought it upon themselves'.

"We are now seeing millions of mainly young men arriving on the continent from these countries and we must ensure that everyone understands the importance which we attach to equality and women's rights throughout Europe.

"I hope we can use International Women's Day to remind people that women's rights cannot be taken for granted anywhere in the world".

*Following the recent mass sexual assualts of a type previously unknown in Europe, a petition has been launched calling on the UK Government to bring forward proposals for extra measures to uphold UK women's rights, safety and freedom, and to expand police understanding-recognition-response to such behaviour. You can sign the petition here.