UK Parliament Week 2020 to be celebrated across constituency 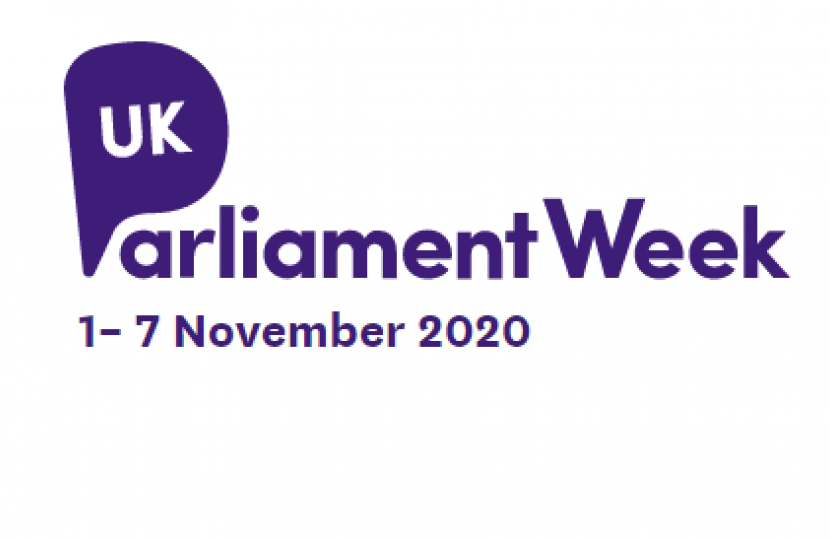 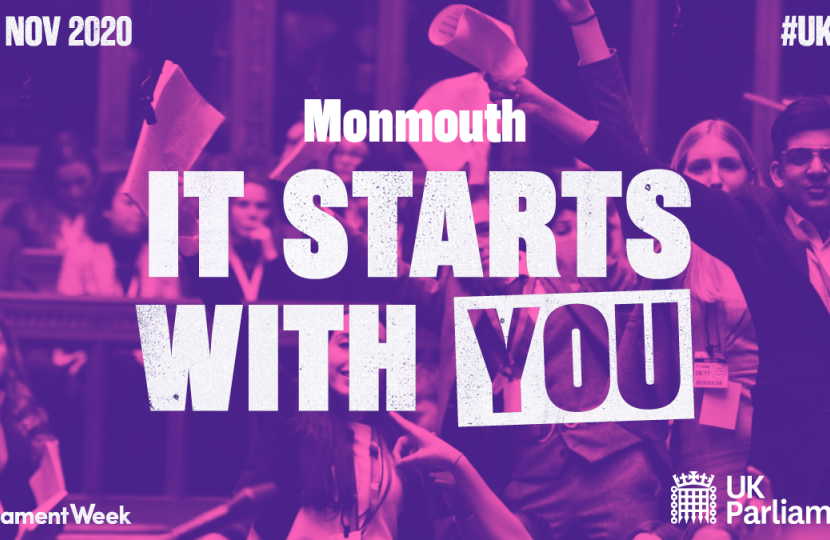 Schools, community groups and local organisations are being encouraged to join a UK-wide conversation about democracy, people power and making change happen.

The annual UK Parliament Week festival, which takes place from 1-7 November – engages people from across the UK with Parliament, explores what it means to them and empowers them to get involved.

David Davies MP is urging people from across the Monmouth constituency to sign up and be part of the conversation.

“With 2020 marking the 10th anniversary of UK Parliament Week, this is a great opportunity to be part of a thriving democracy and look ahead to the next decade,” he said.

“I am determined to ensure the voters and citizens of tomorrow understand how vital their participation is in our democracy, to think about what issues are important to them and how they can work with Parliament to bring about change.”

Last year, over 1.2 million people took part in UK Parliament week in every nation and region of the UK, alongside countries all over the world.

David Clark, head of education and engagement at UK Parliament, said: “There are many exciting activities taking place for this year’s UK Parliament Week, including those happening in the Monmouth constituency.

“Organisations, local community groups and schools have a chance to get empowered and have their say on issues they care about the most.

“Change starts with you and UK Parliament Week is a great way to learn how you can make a difference.”

Those who sign up for UK Parliament Week will be sent a free kit packed with resources, including a booklet, bunting, a ballot box, a poster, stickers and more, which can be tailored for different organisations.