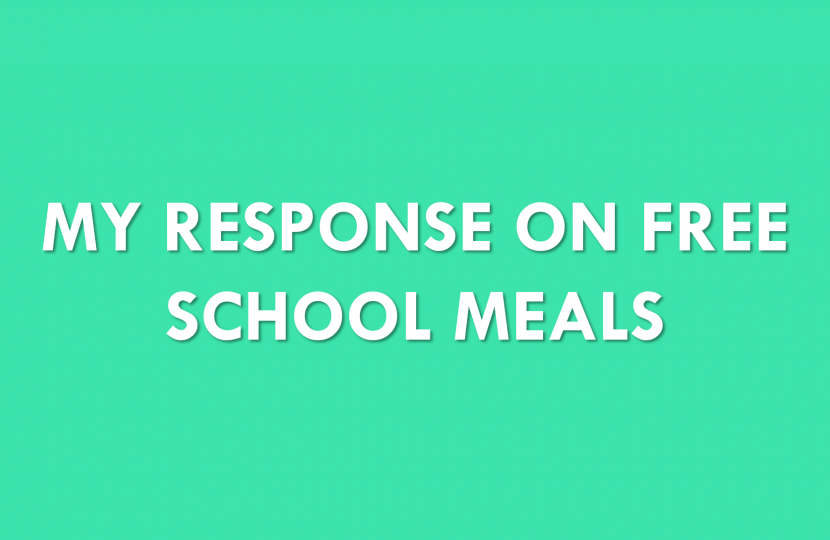 Opposition parties get regular chances to discuss any subject they like. Labour put forward seemingly reasonable motions which they know cannot be passed, then whip up hatred against Conservative MPs afterwards. In June they wanted a law requiring NHS workers to have a weekly Covid-19 test. NHS workers already had the right to a test whenever they wanted it, and rightly so. But the NHS employs one million people. Many are office-based and have no contact with patients. A weekly test would have needlessly put them through an unpleasant experience and used up the nation's entire test capacity. Why let facts prevent a good row? Conservative MPs voted down this ludicrous idea and were duly lambasted by Labour for “endangering the lives of our NHS heroes”.

Last week, Labour did it again. In the 76-year history of free school meals (put in place by a Conservative minister) meals have never been offered during school holidays until as an emergency measure at the start of the coronavirus crisis. If children are starving as some suggest, then parents will be starving and we need to ensure vouchers for three meals a day for parents and children. If we do this then we have to move away from a cash-based benefits system to a voucher system. While there are arguments for and against this, the UK Government view is that it's better to give families money not vouchers.

And Conservatives have been very happy to spend money - hundreds of billions of pounds - to support people through the Covid-19 pandemic. It hasn’t reached everyone and will never be enough. But for Labour spokespersons to dismiss Conservatives as “scum” suggests they are more interested in encouraging hatred for political opponents than in tackling poverty.

I have an email suggesting the ban on buying non-essential goods in Wales would mean that domestic violence victims might be unable to buy sheets and blankets. I'm not on social media implying Welsh Labour ministers are heartless and don’t care about domestic violence victims. Instead, I have sent a polite email pointing out they should consider this and do something about it. Perhaps I’m missing a trick by not calling people “scum” and winding everyone up on Twitter. At least I can look at myself in the mirror.

Labour led by Mr Starmer look a more grown-up opposition than under his predecessor, but should not make the mistake of replacing incisive scrutiny with incitement to hatred.