Santander closure another blow to the high street in Monmouth 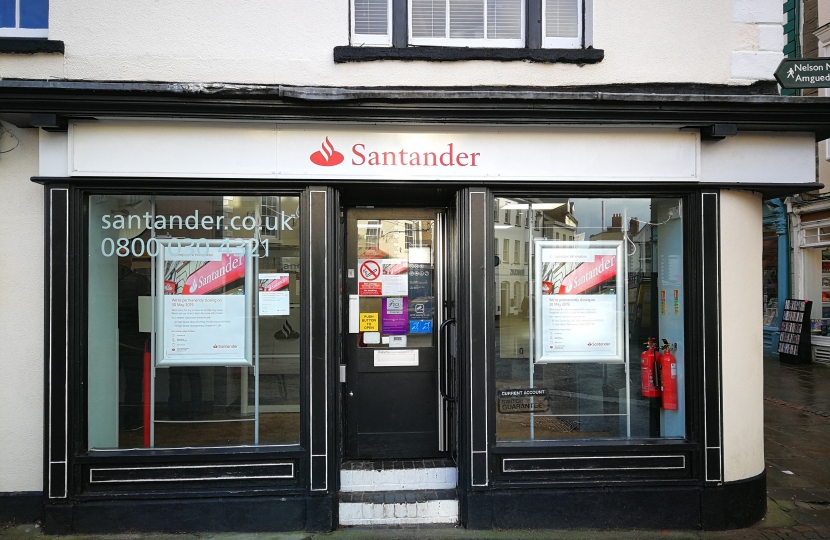 Santander's decision to close its Monmouth branch has been labelled “another blow to our high street” by the town’s MP.

The Spanish-owned bank will shut the branch in Agincourt Square on 30 May – one of 140 planned closures across the UK.

Monmouth MP David Davies described the move as “bitterly disappointing” and said he would be seeking urgent assurances about how vulnerable customers will be supported.

Falling branch transactions and the growth of digital banking are being blamed for the closures.

Bank bosses said 91 per cent of customers who use the Monmouth branch, either at the counter or the cash machines, are also using additional ways to complete their banking - 30 per cent at another Santander branch and 57 per cent through online, mobile or telephone banking.

NatWest pulled out of Monmouth in October 2017 for similar reasons, citing a “radical shift” in the use of digital banking.

Mr Davies said: “This decision is ultimately a commercial one for Santander but it is another huge blow to our high street in Monmouth and to people running shops and small businesses.

“Even though the use of online banking is rising, recent IT failures show systems are not infallible and there are many customers who rely on traditional over-the-counter services.”

Santander joined forces with the Post Office in 2015 to offer its personal current account and small business customers access to daily banking facilities, such as paying in cash and cheques.

But for more specialist queries, the bank’s nearest branches are either 12.7 miles away in Ross-on-Wye or a 17.8 mile journey to Abergavenny.

“Low income and elderly people who depend on public transport or don’t have internet access, especially in rural areas, will be hit hardest,” said Mr Davies.

“Not everyone is comfortable or familiar with using online or mobile banking and I trust measures will be put in place by Santander to mitigate the impact of the branch closure on vulnerable customers.

“It is bound to cause a great deal of inconvenience to begin with and we need to make sure the bank is properly supporting and advising people on how they can continue to bank locally.”

He added that he would also be speaking to Santander about how it plans to help staff members facing redundancy, either through redeployment or further employment outside of the bank.