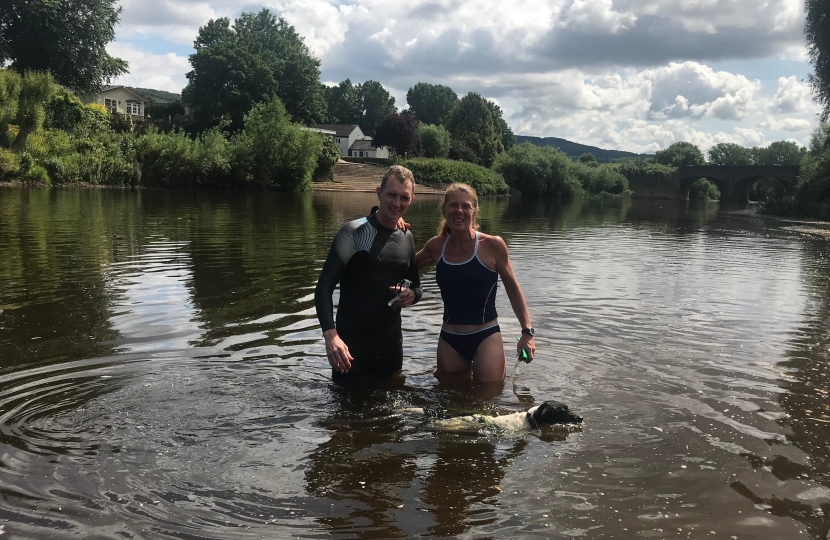 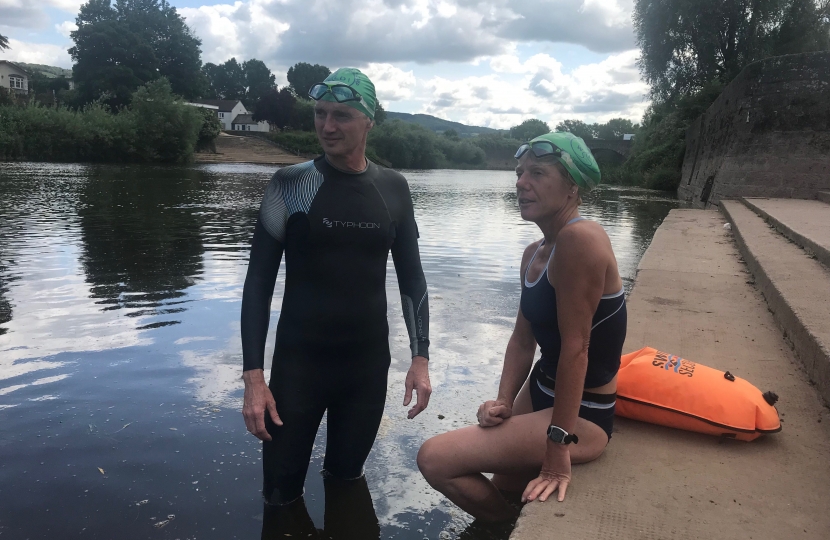 A Greenpeace pledge to raise awareness of plastic pollution in UK rivers has had the thumbs up from Monmouth MP David Davies.

In a study released last month following a major research project, Greenpeace scientists revealed 13 rivers tested across Britain were contaminated with microplastics – including the River Severn.

MPs are now being urged to back legally-binding targets on plastic reduction and the restoration of nature, overseen by an independent watchdog, in the upcoming flagship Environment Bill.

Mr Davies, who has been critical of some measures to reduce CO2, said he was not against environmental legislation “if it makes sense”.

“I feel very strongly that we must do everything possible to clean up our rivers and on this occasion I find myself on the same side as Greenpeace,” he said.

Ms Jones, from Usk, has been wild swimming the Wye for over 30 years in all seasons.

She takes several hundred people, individually and in groups, into the river every year through her outdoor fitness and adventure business Run Wild.

“I enjoy the sweetness and texture of the water. This is the cleanest river in Britain but it doesn’t feel like it any more and this saddens me.”

When Ms Jones finds sections of the Wye are starting to get overrun with plastic, she organises clean-ups and invites her clients and the public to take part.

She said: “One local girl helped me and we found numerous amounts of plastics which she turned into a salmon fish for her art project.

“But more often or not there is a very poor turn out, so I regularly do the clear-up myself.

“I’m passionate about the Wye and it is very distressing to see the impact plastic and other harmful pollution is having on our wildlife and environment.

“It’s increasingly growing, and the change is there to see above and below the water.”

Mr Davies added: “Angela assures me that the River Wye is one of the cleanest in the country and it certainly felt good to be swimming there. However, the Greenpeace report suggests there is much more which could be done.

“I will support government action to eliminate plastic pollution in our rivers. They are a wonderful natural resource and it is great to seem them being used for watersports like wild swimming and kayaking.”