Much needed progress on new footbridge 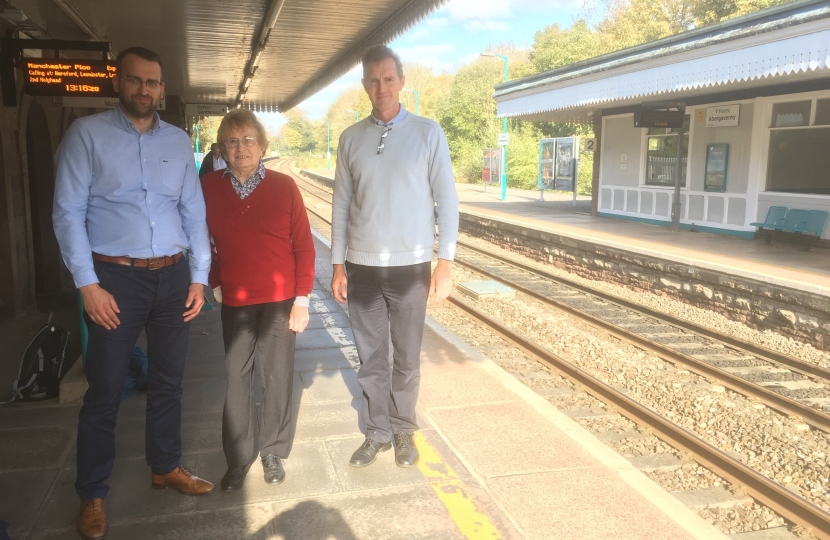 Local Councillor Maureen Powell and MP David Davies met with Network Rail officials on Friday to discuss progress on the plans for a new footbridge at Abergavenny Railway Station.

Cllr Powell and Mr Davies have been supporting the plans to ensure that the disabled and infirm have full access to the station. Currently those who are unable to walk the steep stairs on the existing footbridge have to cross the tracks with the assistance of rail staff.

The Department for Transport have already begun the process of deciding which stations to prioritise in the modernisation programme. There is also going to be £15million made available for accessibility over the next 15 years as a result of the new franchise which could be used alongside Government money. Abergavenny is very high on the list, but we need to put it at the top.

I will be putting forward the suggestion to Ken Skates AM, Cabinet Secretary for Economy and Transport and the Welsh Government that the £15million franchise money be matched up with government money to give us the money needed which I understand will be around £3million.

"Like the train on an old branch line these proposals are progressing slowly and with many halts, but they are moving towards the final destination of a new footbridge fit for the 21st century."