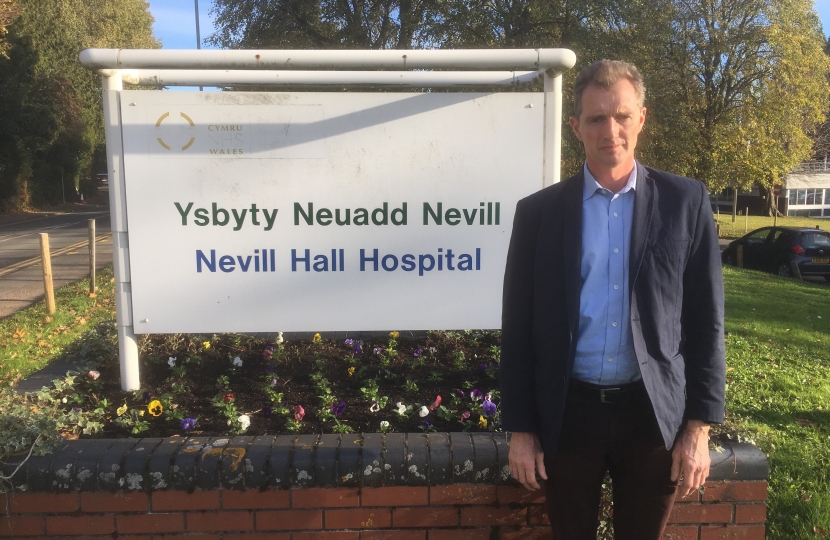 Monmouth MP David Davies has raised concerns over plans that could lead to the closure of the children’s ward at Nevill Hall Hospital.

Mr Davies wrote to the Health Board after rumours from concerned staff that children’s services might close in Abergavenny with everything moving down to the Royal Gwent.

In response, the Chief Executive of the Aneurin Bevan Health Board, Judith Paget, has emailed Mr Davies to state that while no final decision has been taken, there is a “contingency” plan to close services in Abergavenny and move them to Newport as a result of “ongoing significant medical staffing recruitment difficulties.”

“I know from personal experience how important it is for local parents to be able to reach high quality care for their children in the immediate vicinity. Moving everything down to Newport is going to make it much harder for parents who want to be as near as possible to their children when they are taken ill.

Not only is Newport much further away but the parking facilities there are very poor. This would be a disaster for the people of Monmouth.

I have written directly to the Welsh Government Cabinet Secretary for Health and Social Services, Vaughan Gething to ask for a proper explanation of what the “recruitment difficulties” are. How is it possible to suddenly discover that you do not have enough staff for the children’s ward of a major hospital?

The Minister needs to get involved before any decision is taken. I will strongly urge him to prevent this from happening.