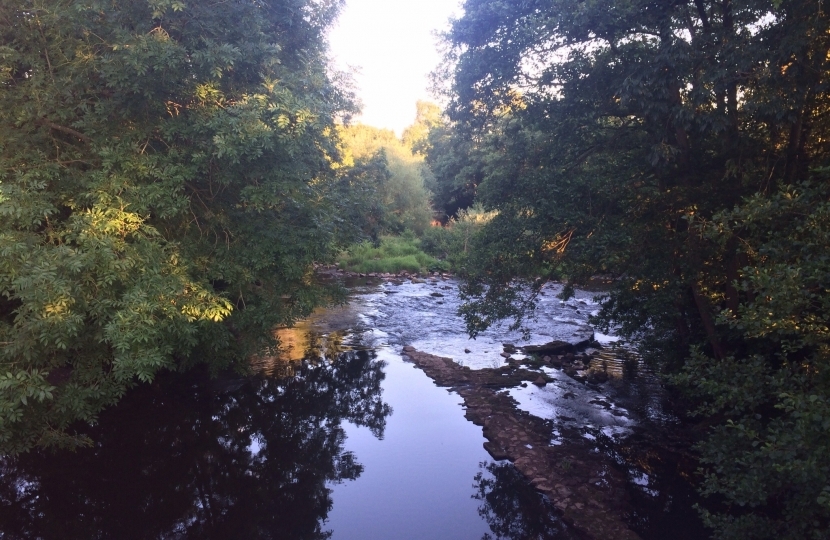 Parliament voted on Lords Amendments to the Environment Bill last week. This contained a number of measures to deal with the problem of sewage entering the river system in England. I fully understand the concerns everyone has about sewage flowing into rivers. I am an open water swimmer myself, as are my children, so I have a personal interest in this matter.

The historical background is that the current sewage and drainage system was built in Victorian times. Waste water from rain is channelled into the system alongside waste water and sewage from households and businesses.

This is usually channelled into purification plants to be cleaned before flowing back into the river system. However, when there is heavy rainfall, too much water enters the system and water pressure builds. If the water pressure reaches a certain level then this mixture of rain water and sewage would, if not dealt with, flow back up the pipes and flood into people’s houses. Obviously this cannot be allowed to happen so before that stage is reached the water companies ease the pressure by releasing untreated waste water directly into the river system. This means that sewage enters the river system. It is diluted because this only happens when there is heavy rainfall, however it is still unacceptable.

This has always been the case but in recent years the sewage discharges into the river system have increased. This is because of the increase in population size and in extreme weather this has put extra pressure on the sewage system.

The UK Government have decided to address this issue in England (it has no say over what happens in Wales). The Bill means that Government will be drawing up a plan to reduce sewage discharges and the Environment Agency and water companies based in England will report regularly on discharges. Water companies in England will have to monitor storm overflows and publish notification of the overflow occurring and ceasing within 1 hour of operation. Water companies will also be required to monitor the water quality upstream and downstream of the discharge. The government is to publish a report by 1 September 2022 setting out the actions required to achieve elimination of sewage discharge and the cost and benefits of doing so.

Completely resolving the problem of sewage discharges would require rebuilding the sewage system and I have heard Ministers suggesting this could cost between £150 and £600 billion pounds and take many years. For comparison the Government spends around £160billion on the NHS in England every year. Obviously once we have more data and costs then further measures can be taken.

If MPs had voted last week to immediately ban any discharge of sewage into the river system then any heavy rainfall would have led to sewage flooding back up the pipes into people’s homes. It would have been grossly irresponsible to do this.

The issue is complicated and is being addressed in England by the Conservative Government.

Political activists with a dislike of the Conservative party will continue to try and suggest that Conservatives “vote to put sewage into rivers”. Those who genuinely want cleaner rivers, and I am certainly one, will try to develop a fuller understanding of the arguments and call for practical actions from both the Welsh Labour and UK Conservative Government.

It would be helpful if those who genuinely care about river quality now demand similar action from the Welsh Labour Government.