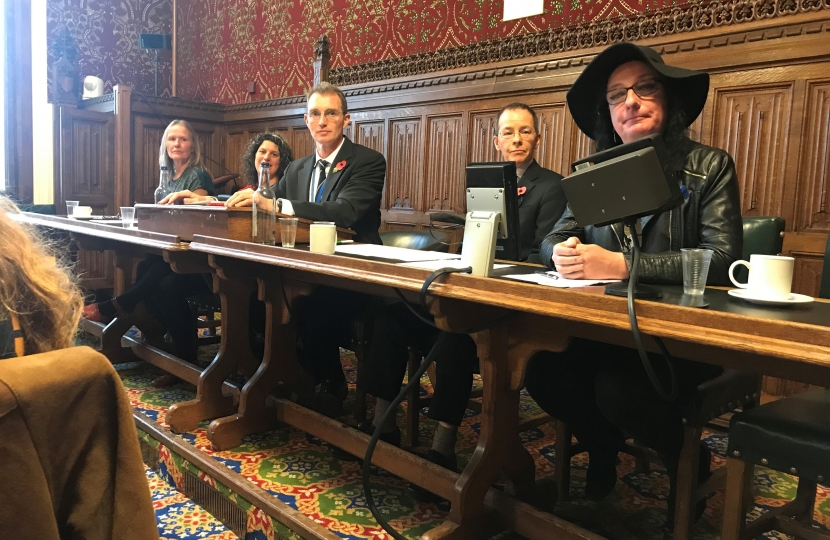 Plans to allow people to change their legal gender without a medical diagnosis and broadening access to sex-change drugs for children should be met with extreme caution, an MP has said.

David Davies spoke out after hearing widespread concerns from experts on the proposals at a transgender seminar he held in the House of Commons.

The reforms to gender identity rules are based on recommendations contained in a 2015 report by Parliament’s Women and Equalities Committee, which said they were key to trans people being “treated equally and fairly”.

Changes to the law will be included in a planned Gender Recognition Bill, set to be published this autumn.

Monmouth MP Mr Davies has previously been vocal in his opposition of government plans to revolutionise the very definition of male and female.

He arranged for a panel of speakers, including transsexual Miranda Yardley and Stephanie Davies-Arai of Transgender Trend, to brief MPs last week on the potential consequences.

“I was surprised to learn that within the Monmouth constituency, children have been prescribed powerful drugs which block puberty and can then be supplemented with other hormone therapy which causes irreversible changes in the bodies of young people,” said Mr Davies.

“We all know that children can question all sorts of things about their lives and that is normal and healthy, but I don’t think we should be handing out cross-sex hormone treatment at such an early age when it is quite possible they may change their minds.”

He was refused permission by Bath University to carry out research into reversing gender reassignment and said that once somebody self-defines as transgender, it is almost impossible for professionals to offer a counter medical opinion.

The government is considering allowing adults to change their birth certificates at will without a doctor’s diagnosis, while non-binary gender people will be able to record their gender as “X”.

“This will have huge consequences for women’s rights because it would mean that people who are biologically male will have the right to use female-only facilities such as prisons, hospital wards and changing rooms, and to take jobs which are normally reserved for women,” said Mr Davies.

“While the vast majority of transgender people do not want to upset anyone, there is a concern that some men with sinister motives may try to take advantage of this in order to assault women.

“I would strongly support any measures to protect people from physical or verbal abuse but we need to think very carefully about the unintended consequences of changing the law in the way being suggested.”

Following the seminar, Mr Davies said he had been asked by the speakers to organise a meeting with Equalities Minister Justine Greening to enable their concerns to be properly heard.