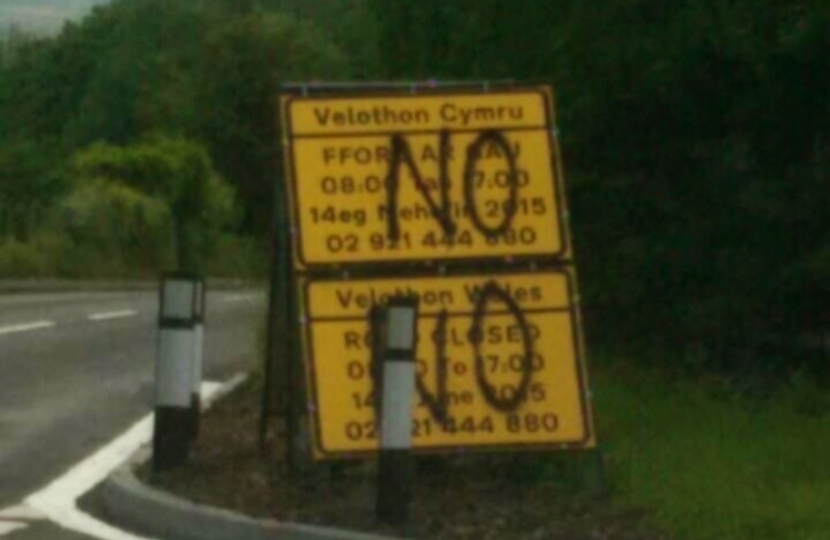 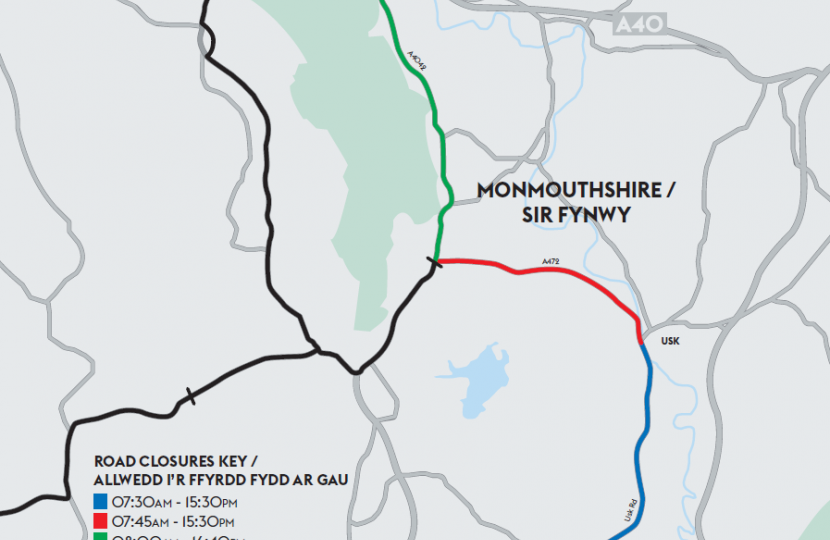 I am well aware of the increased level of anger among businesses and residents in Monmouthshire over the Velothon Wales cycling raceon Sunday (June 14). Indeed, several signs in the Abergavenny area have been daubed with the word ‘NO’ in protest at the road closures – such is the strength of feeling locally.

First and foremost, I wish to make it clear that I am only too happy to support tourism in Wales and I have no issue with this particular event in principle. As a keen cyclist myself, I try to cycle for short journeys around Monmouth and regularly use ‘Boris Bikes’ in London. However, the way Velothon Wales has been organised is turning large numbers against cycling.

These closures are undoubtedly going to cause chaos as competitors cycle through Monmouthshire, imprisoning residents in their homes and costing businesses thousands of pounds in lost trade. There has been seemingly little consideration for the public at large and I would argue that the financial harm to businesses risks outweighing the predicted £2million boost to the wider Welsh economy.

Communication has been woefully inadequate to say the least, with many people only finding out the real implications a few days ago via an official leaflet pushed through letter boxes.

I telephoned Lagardere, the company organising Velothon Wales on behalf of the Welsh Government, yesterday afternoon and was given a load of factually incorrect information. I rang up the help desk to ask the organisers what they could do for residents and businesses and they were very heavy-handed. I was told the route and associated road closures shouldn’t have been a surprise as MPs had been told about it in April. This simply isn’t true. I pointed out that I was an MP and there were no MPs in April as Parliament has been dissolved and we were in the middle of a General Election campaign!

The call handler then transferred me to senior management when I was then told public meetings had been held in Monmouthshire for local businesses. I asked them where and when and they couldn’t tell me, eventually replying that it was a “consultation paper” not a public meeting.

I have heard the organisers are getting a huge sum of money for arranging the Velothon but they can’t even get their facts right. Their communications strategy has been shockingly poor and is nothing short of a disgrace.

You can read my press statement here. I have also included a link to an article in today’s South Wales Argus.

If there is a big economic benefit as claimed, then the Welsh Government will have no problem making provisions in terms of compensation for businesses to counter the detrimental effect upon trade. I have asked Edwina Hart AM, Minister for Economy, Science and Transport, to consider this and explain why there is no rolling road-block as with other cycling events that have taken place in the past.

I am given to understand Velothon Wales is likely to be held annually for the next five years. If correct, I sincerely hope organisers will take on board the concerns raised and ensure residents and businesses are consulted far earlier to prevent a recurrence of such enormous disruption.

For what’s it worth, information about the road closures, a list of frequently asked questions and guidance on local access roads can be found on the Velothon Wales website.

Alternatively, the organisers can be contacted with the following details: