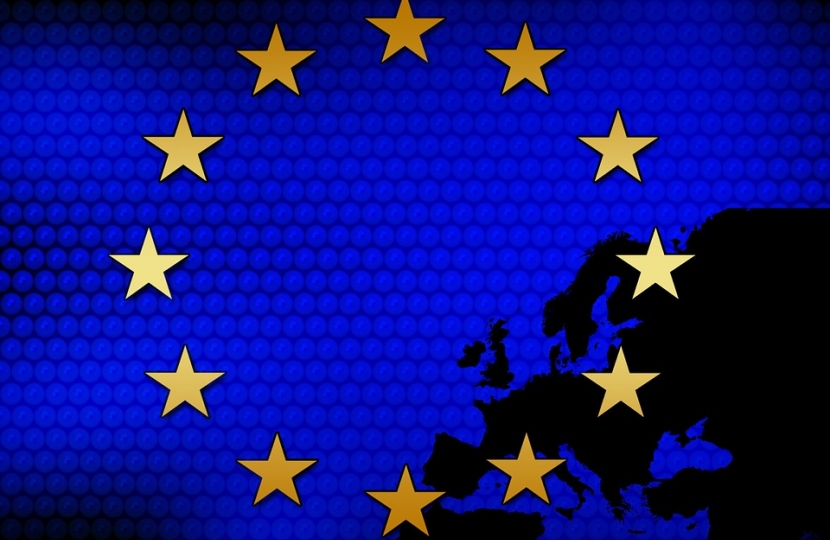 The people of Britain have spoken and made it quite clear that, by a majority, they wish to exit the EU. We must heed this instruction and not be tempted to try and delay withdrawal, then follow-up with further referendums. The new Prime Minister should appoint a cabinet minister with sole responsibility for exit negotiations and the holder of this role will have the second most important, perhaps even the most important job in cabinet. This person will need to inspire confidence and trust from a wide range of people across Europe and within the UK. Whoever is Prime Minister, I believe only Michael Gove has the right qualities needed.

At present I have not decided who to support for the leadership. I see Boris Johnson and Theresa May as the front-runners but also have a lot of respect for Stephen Crabb. I believe any of these people have the capacity to do the job, so the most important thing is to consider who can unite both sides of the Conservative Party and who can ensure the confidence of those who voted out, whilst providing the reassurance to those who voted Remain.

We need to reassure those who voted Remain that this is not some sort of 'right wing plot'. Yes we want immigration numbers controlled and to be able to remove criminals but hard-working, law-abiding people from other countries in or out of the EU are as welcome now as they always have been. It is rubbish to suggest that we want to 'strip away' workers' rights and protections. Industrial relations are very good in the UK and it would be madness to undermine them in any way by rowing back on workplace rights. We should also move quickly to reassure everyone that we want a good working relationship with our neighbours in the EU. This is not about xenophobia. It is about ensuring that British law can only be made by those elected by the British people.

The new Prime Minister will need to send out these reassurances. In return, those who had genuine concerns need to be respected and invited to work with us to make sure Brexit goes as smoothly as possible. We all value stability and we should all recognise the result, as that is what the country wants, but go at it in a way that creates support from all those who were involved in the debate.

A prominent Leave campaigner has urged the government to act quickly and offer reassurance to people concerned by the Brexit vote.

Speaking after the result of the EU referendum was confirmed on Friday morning (24 June), Monmouth MP David Davies said: “I am pleased with the UK’s decision to leave the European Union, although I recognise that the Monmouthshire local authority area voted narrowly to Remain.

“To those calling for my resignation may I respectfully point out that the area I represent has different boundaries! The parliamentary constituency of Monmouth includes thousands of people living in Torfaen where there was a big vote in favour of leaving. Nonetheless, it would have been close and of course I want to be mindful of all those who voted in either direction.

“Over the past few weeks there has been a lot of passion and heated rhetoric on both sides of the argument. While the Leave campaign won, now is the time to show humility and remember that a large proportion of the country are worried at the result. I would immediately like to offer some reassurances on three issues that were repeatedly raised with me.

“Hard-working migrants from EU and non-EU countries were led to believe there was some sort of xenophobic agenda. This is utterly untrue. I have friends in Monmouth who come from in and out of the EU. Indeed, my wife is from Eastern Europe and my sister-in-law is Chinese. I can assure everyone that hard-working, law-abiding migrants are as welcome today as they always have been. We do need to get a better control of migration numbers and benefits but this will not have any impact on hard-working people already in the UK.

“It was suggested that there was some sort of plan to tear up workers’ rights. Again this is totally untrue. There is no such plan. Britain has strong industrial relations which is one reason why so many want to invest here. Workers’ rights are vital to maintaining that positive relationship. They are good for employees and for business and it would be nothing short of madness to try to take them away. Please be assured it will not happen.

“It was also suggested that MPs would not continue to fund agricultural support or infrastructure support in Wales. Commitments were made during the campaign that these would continue to be supported and I certainly want to echo my own absolute commitment to continued support for both.