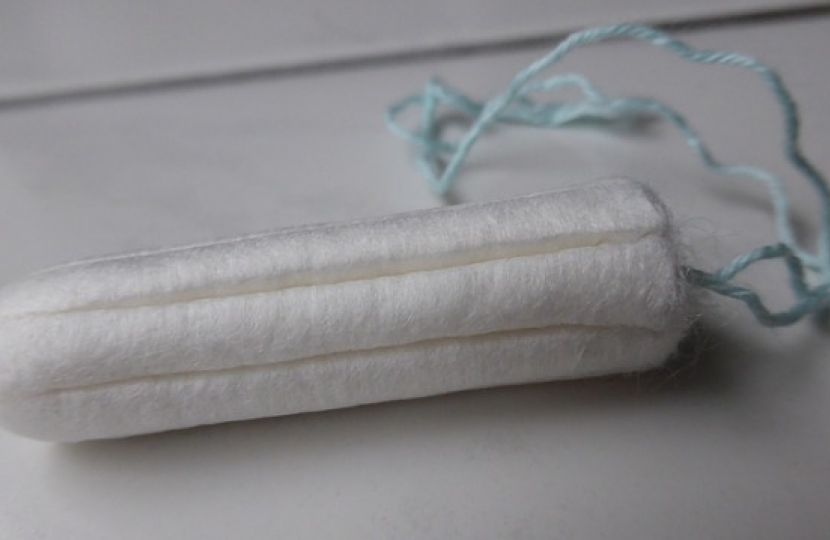 There is a lot of misinformation out there regarding the so-called 'tampon tax' that I feel needs to be addressed. Women and campaigners have every right to be angry - but their anger is directed at the wrong people.

Clearly, the five per cent VAT levy on female sanitary products is unjust. They should in no way be considered a “luxury” or “non-essential” item. This is a view held by a wide range of MPs from across the political spectrum. It is also a view the Conservative government rightly sympathises with.

However, Labour’s amendment to the Finance Bill would have achieved absolutely nothing. Yes, MPs were given the opportunity to debate an extremely important issue. But even if we had voted in favour of the amendment, it would not have resulted in anything meaningful; the tax would not be dropped and it would actually be illegal to do so.

HM Treasury has no power to zero-rate tampons and other sanitary products. Such power lies within the European Union, regardless of what the British people believe and what Westminster decides. The UK has therefore set VAT at five per cent, which is the lowest rate permissible under EU rules.

As a member of the EU, we cannot change these regulations without a proposal from the European Commission and the unanimous agreement of all 28 member states. I’m all for abolishing the tax but to vote for something you don’t have the authority to implement makes a mockery of the system and would have been pointless.

Unfortunately, this is yet another sad example of tedious bureaucracy and the effects of EU interference. The good news is that, following the debate in Parliament, the Financial Secretary to the Treasury has pledged to challenge the European Commission and make it clear that individual countries should be able to apply a zero-rate to sanitary products.

Those wanting to see an end to the ‘tampon tax’ - and for the UK to have its say in what policies are determined by Parliament instead of Brussels - will have the opportunity to cast their vote in the 2017 referendum on our membership of the EU. If Britain were to leave Europe, for example, it would be capable of giving sanitary products a zero-rate.

UPDATE: Chancellor George Osborne announced in the Autumn Statement that the £15m raised from VAT placed on sanitary products each year will be used to fund women's health and support charities, including domestic abuse refuges. He also insisted the government was committed to getting the EU rules changed.