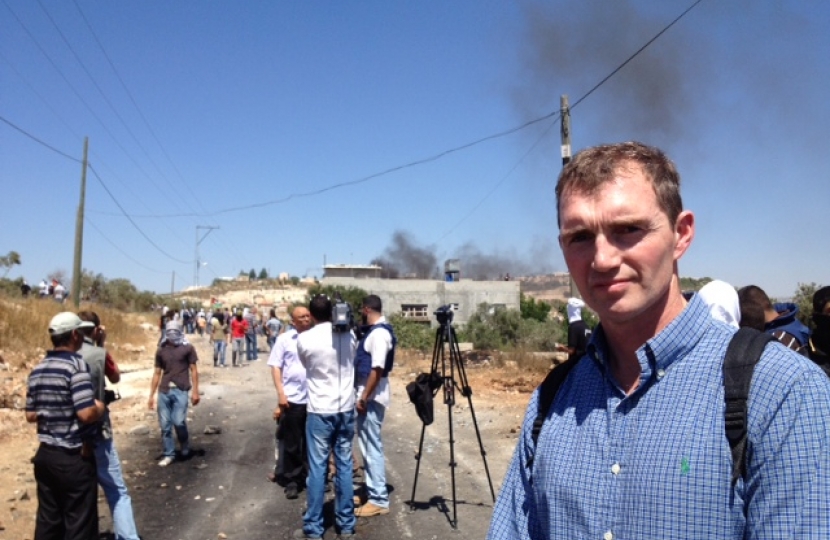 Why I voted against military action in Syria.

In Syria, the Assad regime is supported by Alawites, Shia Muslims and the nation's ten per cent Christian population. They are opposed by the majority Sunni Muslim population who are fighting in different rebel groups. Some rebels are linked to Al Qaeda. Others are Kurdish nationalists; some may be democratic.

Iran and Russia are giving their full support to President Assad, while Saudi Arabia and the Gulf states are backing the rebels. The war is already spilling out into countries on the border.

Turkish troops have exchanged fire with Assad's forces. Turkey is backing the rebels except for the Kurdish rebels who they oppose.

In the Lebanon, already suffering from decades of instability, Shia/Hezbollah Muslims (as well as their old enemies the Christians) are loyal to Assad, while Lebanese Sunnis back rebel groups. Fighting has already broken out in Lebanon between rival supporters.

Egypt, facing its own civil war, has a majority population of Sunni Muslims who would be expected to back the rebels. However the new military dictator, who has just removed a democratically elected but extremist Muslim government (with the quiet acquiescence of the West) has indicated that he will prevent US warships from using the Suez Canal to launch attacks on Assad.

In Palestine the Hamas terrorist organisation, which was sheltered by Assad, controls Gaza. It has turned on Assad but opposes military action against him by others.

The Arab League is opposed to Assad but also opposed to military action against him.

Iraq's western-backed government appears to be supporting Assad and there are reports of Iraqi forces firing on rebel positions on the border. However, in Northern Iraq the semi-autonomous Kurdistan authorities are backing Syrian Kurdish militias who are fighting both Assad and other rebel groups.

Israel hates the Assad regime and all its opponents; Assad and all his opponents hate Israel. Assad claims to still be at war with Israel and Syrian rebels have exchanged fire with Israel in the Golan Heights.

Except for the Israelis, most of those listed above feel varying degrees of hatred for America, Britain and the West in general.

I do not believe that sending a flotilla of US and British warships into the region, in order to fire missiles into the heart of this maelstrom, is going to improve things for anyone unfortunate enough to be living there.