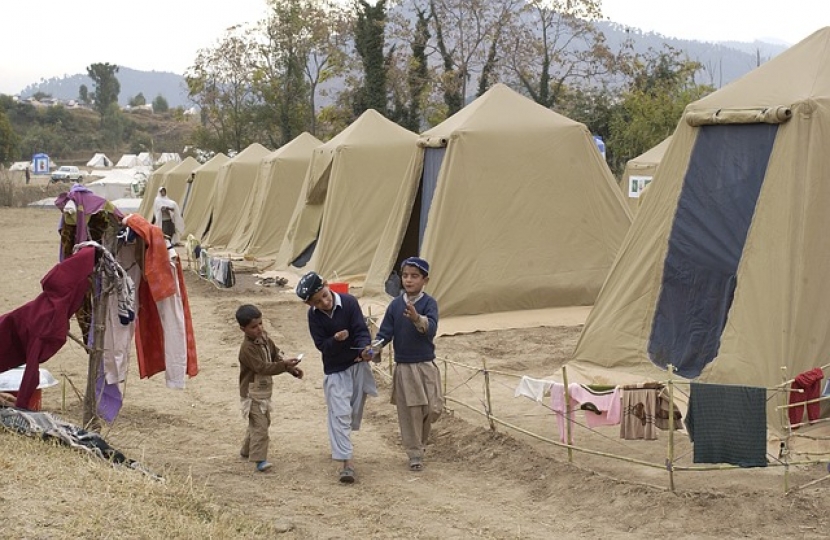 I fully understand and entirely share the widespread concern over the sensitive issue of migration and refugees. Speaking as the father of a young family, the recent photograph of the boy who drowned in Turkey was shocking and he was one of thousands who have sadly lost their lives in this way.

The UK Government has quite rightly been at the forefront of efforts to support places of safety for migrants in Turkey (and neighbouring countries) under the banner and guidance of the UN Refugee Agency, providing refugees with security, protection, education,  training, water and sanitation, as well as improved access to basic rights and legal assistance. We have put close to a billion pounds into this - more than nearly any other nation in the world.

The Vulnerable Persons Relocations Scheme (VPRS) is up and running, and has already welcomed 216 Syrians to the UK. This scheme will make a real difference to the lives of some of the most vulnerable Syrians by giving them protection and support in Britain. It is important to note this is in addition to the asylum claims which the UK Government has been considering - and will continue to consider - under its normal rules. Since the crisis began, we have granted asylum to nearly 5,000 Syrians and their dependents.

The government will continue to bring groups to the UK on a regular basis and envisages that many more will be helped through the VPRS.

If we want to reduce the tragic loss of life then we need to ensure we are not doing anything which will encourage people to leave the internationally funded places of safety. That is why the UK will not participate in a mandatory system of resettlement or relocation. I believe the government is right to target those already in refugee camps and furthermore we should give priority to women and children, particularly women from Christian and Yazidi backgrounds who are most at risk of sexual violence.

The whole country can be proud of the role we are playing in supporting the Syrian people at a time of great crisis. But the only way for the violence and suffering to end is with a negotiated political transition. I have been assured the government will spare no effort in working to find a peaceful solution to the crisis that will allow refugees to return home.