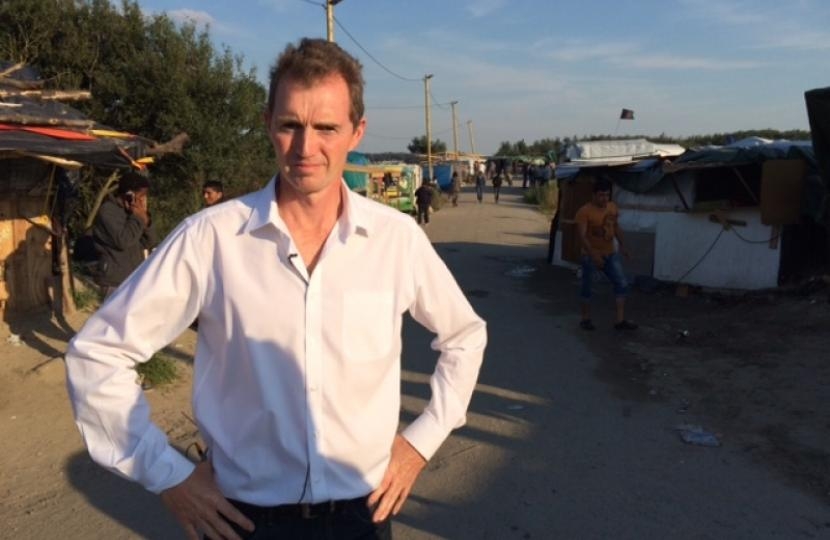 Last week while responding to the fact some of the so-called ‘child refugees’ coming into the UK from Calais appeared to be adults, I suggested a dental exam could be used to verify someone’s age if there were doubts. I thought this might find its way into the odd newspaper or even lead to an interview somewhere on Welsh news.

I readily admit to being unprepared for the media furore I woke up to on Wednesday. Left-wing papers, activists, the British Dental Association, other MPs and celebrities lined up to angrily denounce me with varying degrees of hysteria. The completely unwarranted condemnations also resulted in death threats which are now being investigated by the police.

A minority of adult asylum seekers will lie about their age in order to get favourable treatment. It shouldn’t be a big surprise that people willing to cut their way into moving lorries bound for the UK would not baulk at a few untruths. A BBC Radio 4 edition of More or Less discusses the issue in Sweden.

The UK Government offers guidance on the procedures to be followed when there is doubt over the age of asylum applicants claiming to be children. It clearly states whilst some are children, “others are clearly adults” (sect 2).

So we have a problem the UK Government, the BBC and all with a modicum of common sense would recognise.

Dental checks are widely used across the world to give age assessments. The British Dental Association (BDA) weighed into the debate decrying these checks as “unethical and inaccurate”. The ethics we can come to; as far as accuracy is concerned, the BDA admitted checks are accurate to within four years and a report from the Royal College of Paediatrics and Child Health suggests they are accurate to within two years.

Because of this, government officials currently accept them as evidence of age as is shown in section 6.6 of  the guidance. However, they will only accept dental evidence when it is submitted by applicants who have been told they look older than they are. In other words, dental checks are accurate and ethical if they are used by asylum applicants to prove they are under 18; but inaccurate and unethical if somebody recommends they be used to prove  someone is over 18. I was likened to a “slave trader”, a “Nazi” and subjected to numerous rants from Piers ‘friend of Trump’ Morgan for daring to suggest otherwise.

Those worrying about ethics might want to consider the ethics of placing an adult man claiming to be a child into a foster home which may contain vulnerable children, or into a school classroom. There are obvious child protection risks and simply ignoring this, to avoid being labelled racist, is unethical and a disaster waiting to happen.

Over and again I have stated my support for government policy of bringing the most vulnerable children to Britain. I do not suggest all or even most be subjected to dental checks. I do say if there are obvious reasons to be doubtful i.e. the ‘child’ has whiskers, grey hair or looks to be in his (they are nearly always men) late 20s, then we should have the right to ask further questions and request medical proof of age if necessary.

The explosion of rage last week reminded me of the debate around Brexit. One section of the country simply does not understand what the rest are thinking. The media, commentators and activists will shout and scream “racist” and “Nazi” at anyone who raises the slightest concern about immigration - even if it is done in the most moderate way.

Not surprisingly, most people will shy away from such abuse and either keep their opinions to themselves or share them only with those who they know to be like-minded. So the shouters think they have won and assume that because they don’t hear dissenting voices there are none.

Well there are. Alongside the abuse and death threats, I have received a massive amount of support from people across the country. Some are Labour voters, some are from minority backgrounds themselves. They are not racist. They want to help refugee children but do not believe in the sort of open door immigration policy which will be the result of not applying the rules.

The commentariat still can’t accept they lost the EU referendum because many people are fed up with having their views ignored. June 23 should have been an alarm call but most of them have simply rolled over and gone back to sleep. At some point they will be in for a rude awakening.

David at the 'Jungle' migrant camp in Calais, September 2015.