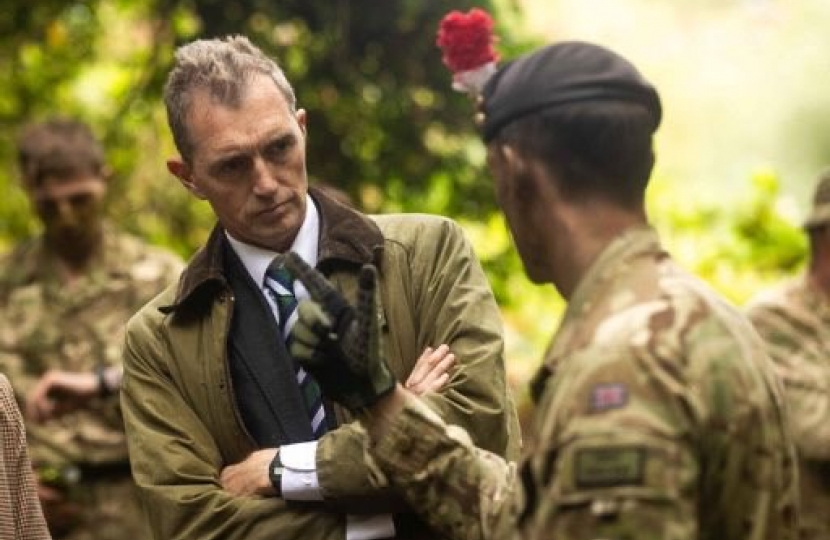 Another sad death this week as we said goodbye to Mady Gerrard; a tremendous character who brightened up the lives of her many friends in Monmouthshire and across the world. As fellow Hungarians, Mady and my wife Aliz used to spend hours talking to each other and I was privileged to get to know this remarkable woman. Originally from Keszthely in Hungary, Mady was just 14-years-old when Nazi soldiers entered her village and rounded up Jewish families before deporting them to Auschwitz during the Second World War. After narrowly avoiding execution, Mady was moved to various death camps and ended up in Bergen-Belsen. Recalling the horrific living conditions, Mady said that as soon as she arrived at Belsen “we realised this was the end”. But rescue came in the form of British soldiers led by a young SAS officer named Lieutenant John Randall. Sixty years later, in an amazing twist, Mady was reading an article about the liberation of the camps in the Daily Telegraph and recognised a picture of Lt Randall. The pair were subsequently reunited and became firm friends until he died in 2016.

The full story is shown in a video on my website, which Mady was kind enough to let me film last year at her home near Chepstow. One thing she kept saying to me is that we should never forget the horrors of what happened. She was determined to share her experiences so we learn the lessons of history and never become complacent about anti-Semitism. The last survivors of the Nazi death camps are now very elderly and will not be with us forever. Our duty is to make sure their emotional testimonies are remembered for generations to come.

Marching 60k across the mountainous landscape of Mid Wales with a 35kg backpack requires outstanding commitment and is a real test of soldering skills. So congratulations to the British Army in Wales and military teams from around the world taking on Exercise Cambrian Patrol. I enjoyed a fantastic visit alongside Welsh Secretary Simon Hart and Fay Jones, MP for Brecon and Radnorshire, to observe this gruelling challenging and was shown how to call in a fire mission, which I was told should be easy as a former Gunner! I am extremely proud an ‘Olympic’ level event of such high calibre is held locally; yet another fantastic example of how Wales contributes to the defence of our nation.