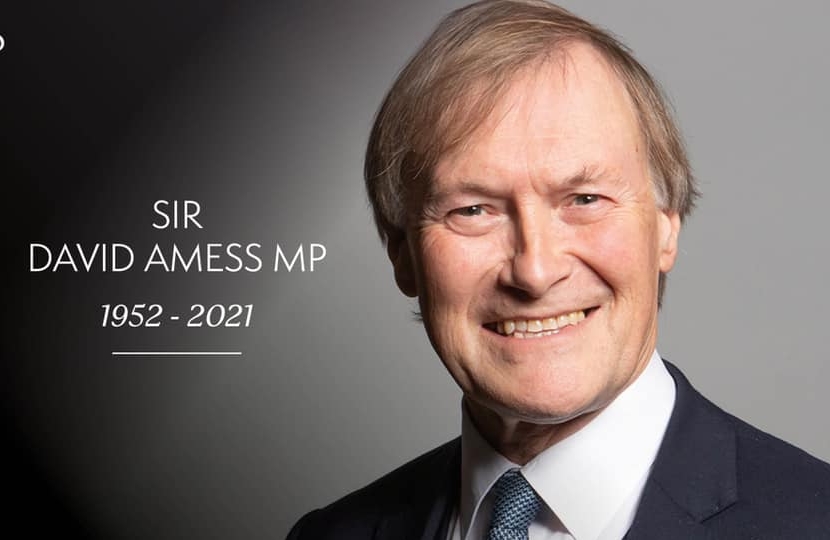 I am deeply shocked by the death of Sir David Amess. He was a thoroughly decent man and well-liked across Parliament. It is hard to understand the hatred that drove someone to kill. MPs hold regular advice surgeries where constituents can come along and speak to us about government policy or to ask for help with local issues. In addition, we knock on doors and set up street stalls in town centres. There are questions being raised by some over the relatively easy access to MPs. But I believe it would be unthinkable to stop direct engagement. A local hairdresser from a troubled part of the Middle East told me one difference between Britain and his country was that MPs here are not whisked around in fleets of armoured cars with small armies of bodyguards. Long may this remain so.

David was the complete opposite of the stereotype of a Conservative MP. I once travelled to Israel with him and several other MPs. One morning, David decided to lighten the mood by disguising himself as a monk using a hotel bedsheet. For quite some time we wondered why we were being followed around by a monk offering blessings, and also where David had disappeared to…One of David's last projects was to write a book, ‘Ayes & Ears’, about his 37 years at the heart of British politics. All of the profits are going to various worthwhile causes. I have just ordered a copy.

Back in Monmouthshire, it was good to hear from Network Rail that the Access for All scheme at Abergavenny is progressing well. Since my site visit to the station in July with Peter Fox MS and local councillors, work has continued on some of the outline design elements of the project and the style of the new footbridge. I’m told a Listed Building Consent application will be made in early 2022. I once again want to pay tribute to Councillor Maureen Powell who launched the campaign for better access at Abergavenny station some years ago. Her energy, tenacity, and perseverance to work alongside Network Rail in pushing for improvements while protecting the station’s heritage will undoubtedly make a big difference to disabled passengers, parents with young children and anyone travelling with heavy luggage.