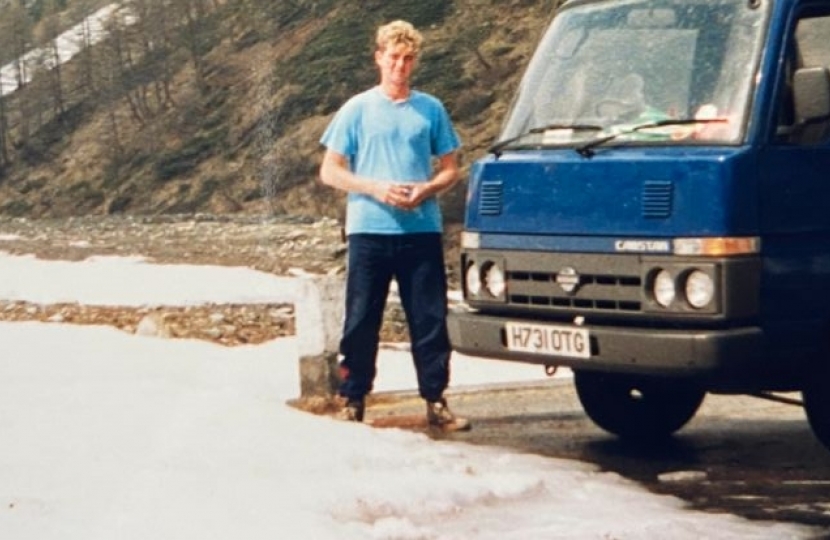 At long last my profession is getting the respect it deserves. Of course, I am not talking about politics but about driving heavy goods vehicles. Back in the 1990s, my late father owned a haulage business in Newport and kindly sponsored my HGV licence. I spent much of my 20s on the road between Cwmbran, Italy and Germany. Four nights a week living in a cab was fine for me, but not ideal if you have a family. Facilities were variable, as were the attitudes of people I met, and breaking down on a freezing night in Belgium then finding it would take two days to get the part I needed was a low point. On the other hand, the money was good and there was something about driving through the night with the music up and endless coffee that I still miss.

However, there has been too little respect for lorry drivers. The shortage of HGV drivers is, as usual, being blamed on Brexit - like everything else that goes wrong. In reality, nobody was forced to leave the country following our exit from the EU. For many years there has been a growing shortage of drivers, not just in Britain but across the EU. The Covid pandemic has made things worse with exams and training being severely disrupted. Tests are now getting underway but there needs to be a fundamental change in our attitudes towards truckers. HGV drivers in Britain are highly trained professionals with an incredible safety record. They are in sole charge of machinery worth hundreds of thousands of pounds with loads that are often worth a lot more. Drivers should have better facilities, more access to showers and toilets and reasonably priced food. Above all, the public should recognise the vital role they perform. In the short term, the UK Government will increase the number of visas for HGV drivers to come to Britain. Long term this should be a profession that British people are encouraged to do. We constantly send out a message that you only add value to society if you have a university degree - yet many graduates struggle to find well paid jobs. We should recognise the value of skills such as driving heavy vehicles, not just through pay (although that is important) but through the respect we offer those who perform such a vital role.