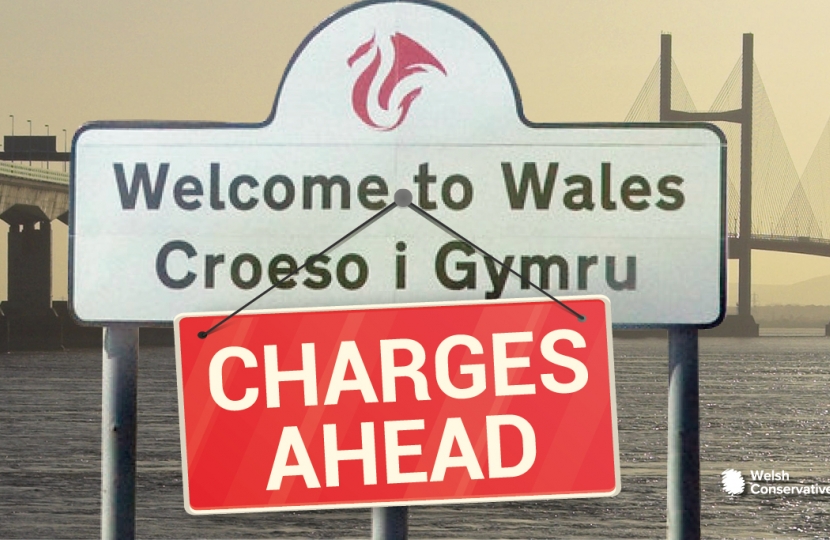 After spending more than £100m on planning for the M4 relief road, which would have been financed by the UK Government, the Welsh Government decided to abandon the proposal and instead leave motorists to battle daily congestion and delays. Realising they would need to be seen to do something, there was vague talk among ministers in Cardiff Bay of putting in place various schemes that would enable commuters to get from A to B without a car. So far, there has been little progress. Instead, the Welsh Government has come up with a much easier idea to reduce congestion - by introducing tolls. Having spent years campaigning to get rid of tolls on the Severn bridges, we now face the likelihood of tolls further along the M4 at Newport. Motorists are being punished twice, once through sitting in unnecessary traffic jams and once again through being hit with extra costs. All this because the Welsh Government does not want to go ahead and build a relief road. The matter is out for “consultation” and I hope as many people as possible respond by expressing their opposition to this tax on travel.

Welsh travellers going abroad are forced to take an NHS PCR Covid test from a specific booking portal, at a cost of £68 each, or face a £1,000 fine. The Scottish government has announced it will follow England and Northern Ireland in allowing travellers to use PCR tests provided by private companies on their return from internal travel. Following a lot of criticism, the Welsh Government is now conducting a review into this policy here in Wales so hopefully Welsh holidaymakers will no longer face an unfair extra cost for going abroad. Unfortunately, even if the review results in travellers being free to shop around for cheaper tests, the change will be too late for those who have been on a summer holiday.

Two constituency events underlined the ongoing return to normality over the weekend. The Abergavenny Branch of the Royal British Legion celebrated its centenary. This fantastic organisation has done so much to support former members of the armed forces through war and peace, and I was delighted to attend. Meanwhile, over in Monmouth, the Rotary Club was running the annual raft race. Numbers were a little lower than usual, but spirits were definitely high.