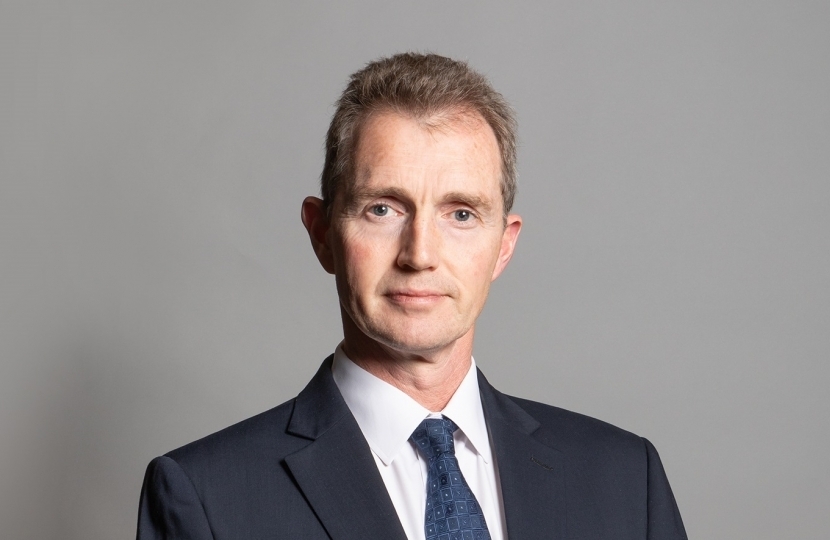 Warmest congratulations to Bees for Development for organising Monmouth Bee Festival on Sunday. The charity supports communities in the developing world and promotes the ongoing conservation of bee habitats at home. Sunday’s family friendly festival celebrated Monmouth’s status as a Bee Town and featured a range of stalls which must have attracted hundreds throughout the day. This was the first major public event I had attended since lockdown and it was a joy to be part of a crowd again. It seemed to me that people were using common sense and trying to maintain social distancing. But thanks to the vaccine, everyone could relax and enjoy. So well done again to the organisers for giving us a taste of normality - as well as a taste of honey! Hopefully, Monmouth Bee Festival will be followed by many more events this summer.

These events are all possible because of the huge success of the vaccination programme in the UK. I have been contacted by some constituents with concerns about vaccines. For anyone with concerns or an interest, I highly recommend “Vaxxers” by Professor Sarah Gilbert and Dr Catherine Green. These outstanding scientists were part of the team which developed the Oxford AstraZeneca vaccine in record time. The book reminded me that as well as being incredibly intelligent hard-working people, these scientists have children and elderly relatives, suffered bereavement and of course have exactly the same fears and hopes as the rest of us. They have done an incredible job and we owe them a debt of gratitude.

My other bit of holiday reading is altogether more salacious! “The Eventful Life of Lady Chatterley’s Husband” by F Richard is a sequel to the original notorious novel, which was banned in the UK until 1960. This sequel would not have made it past the censor either. F Richard is a pseudonym, but I do know the identity of the author who lives locally. Hats off to her for spending lockdown in such a creative way.

Finally, well done to local group H.U.S.T.L.E (Help Us Stop This Looming Eyesore) for organising a recent drop-in event to raise awareness of the proposed solar farm at Penpergwm. I have been liaising with residents for several months, who are putting their objections across eloquently, and met with the developers. The formal consultation period is now underway and runs until Wednesday 25 August. I would urge anyone with concerns about the project to ensure they respond to this consultation.

The manifesto I stood on clearly committed this government not to increase taxes. Yet last week, I voted for an rise of 1.25 per cent on National Insurance to pay for increased NHS spending. There is no point in trying to gloss over my decision and people are owed an explanation.