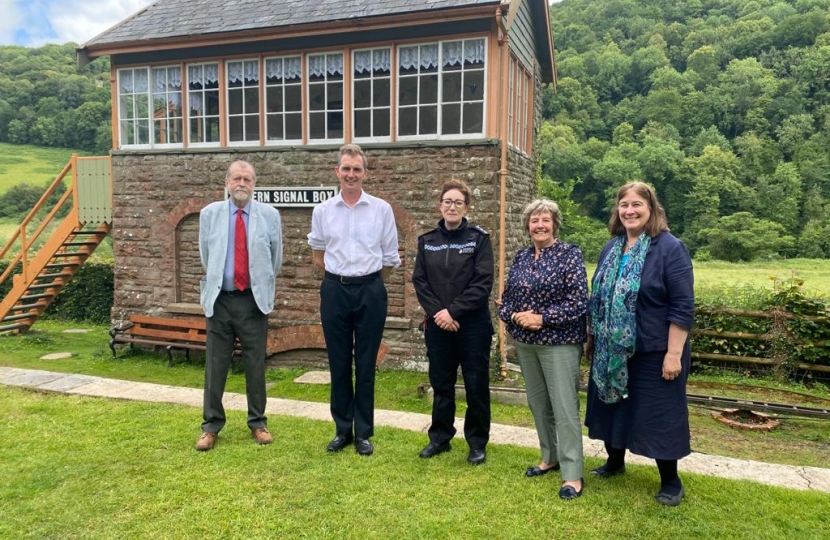 I can understand the anger about the actions of former Health Secretary Matt Hancock. He clearly broke social distancing guidance, which we have all been expected to observe. Furthermore, it was guidance he had put in place himself. Clearly, he could not stay in post and he was right to resign under the circumstances. For me, Matt is not a remote individual but a human being. I know the immense pressure he has been under and he has worked morning, noon and night trying to get the country through the pandemic. This is not meant as an excuse. In any normal workplace, it would be impossible to take footage from a hidden camera, sell it to a newspaper and use it to get someone the sack. However, all ministers know we are not in a “normal” workplace. At any time, we face being secretly filmed, set up by a tabloid and instantly dismissed. All ministers are aware of this, so Matt had to go.

The Wales Office, in which I serve as a minister, was proud to celebrate Armed Forces Day on Saturday. Both myself and Secretary of State Simon Hart served in the territorial army. We will always acknowledge the enormous contribution made to the wellbeing of this country during war but also, as Covid-19 has shown, at times of crisis in peacetime.

Fridays are when MPs usually make visits in the constituency. Last week, I was at Chepstow Jobcentre to hear about the success of the UK Government’s landmark Kickstart Scheme, which is getting young people into the workplace. Later I met with Stephanie Shewell, chair of Tintern Community Council, and local County Councillor Ann Webb to discuss crime problems in Tintern village. We were joined by Gwent Police and Crime Commissioner Jeff Cuthbert and Monmouthshire Inspector Nikki Hughes. It’s great to be meeting people face-to-face again.

Farmers across Wales are owed an apology by First Minister Mark Drakeford after he made misleading claims regarding bovine TB in the Senedd. The National Beef Association has expressed “incredulity” after Mr Drakeford suggested the spread of TB is being caused by farmers buying infected cattle and bringing them into the area. I’m baffled why we would choose to make such a statement, which is clearly factually incorrect and insulting to the farming community. The First Minister should be fully aware that Welsh farmers cannot buy in any cattle unless they have been premovement tested - they are Labour's rules!