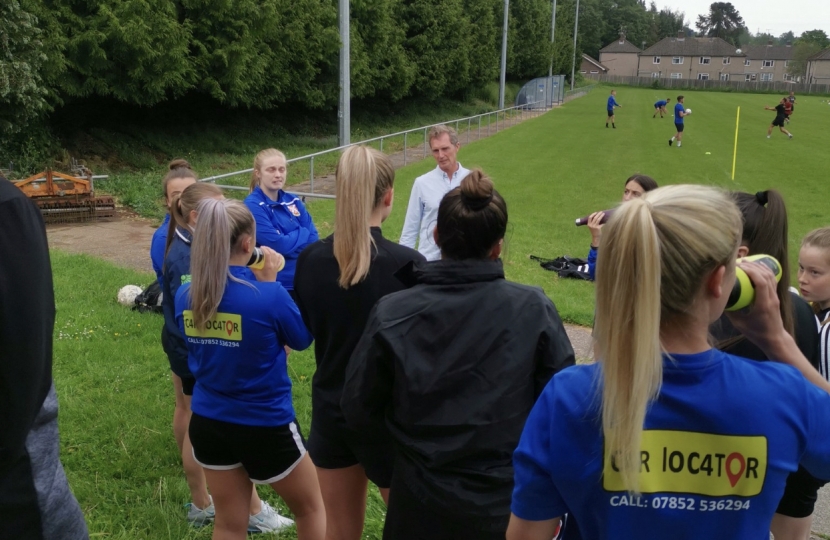 Along with over 29 million fellow citizens, I have now had my second Covid-19 vaccination. Many thanks to Raglan Surgery for the efficient way they got through the morning. Wales is slightly ahead of the UK average in getting out first jabs and slightly behind on second jabs. But no matter because across the UK, we are getting the jabs out and the vaccine is defeating coronavirus and its effects on our health and freedoms.

Against the advice of many political commentators, the UK Government pulled out of the EU scheme, developed a British vaccine, and paid in advance for millions of vaccine shots from some of the other companies that were developing them. Once the vaccine was ready, we put it through a thorough approvals process and got it out across the whole country, using the armed forces where necessary to support the NHS and speed the process up. The result has been a spectacular success. By the time this column is published we will know whether the UK Government is proceeding to fully lift all lockdown restrictions, or whether another few weeks will be required because of the Indian variant. One thing I can safely say, having taken part in several ministerial meetings at which restrictions have been discussed, is that the emphasis is always on safety first. Ministers are fully aware of the enormous impact lockdown has had on the economy and on people’s freedoms, but this must be balanced against the need to ensure public safety and that the NHS is not overwhelmed with patients. In taking these decisions, we have always erred on the side of caution but whatever is announced on Monday the clear direction is towards getting back to normal.

While the Wales football team battle it out in Baku in Euro 2020, their fellow players at Abergavenny Women FC continue their own battle to maintain their hard-won place in the Welsh Premier Women's League. As has been widely reported, the team is being threatened with relegation as part of a “reorganisation” by the Football Association of Wales (FAW) despite finishing fourth in the table last season. The ladies have now hit back with a petition to the Welsh Government, which funds the FAW. The petition can be signed online at https://petitions.senedd.wales/petitions/244843

Let us show that we care as much for our local sides as our national one and get behind the Abergavenny women's team in their own battle to remain in the position which they won through their skill.