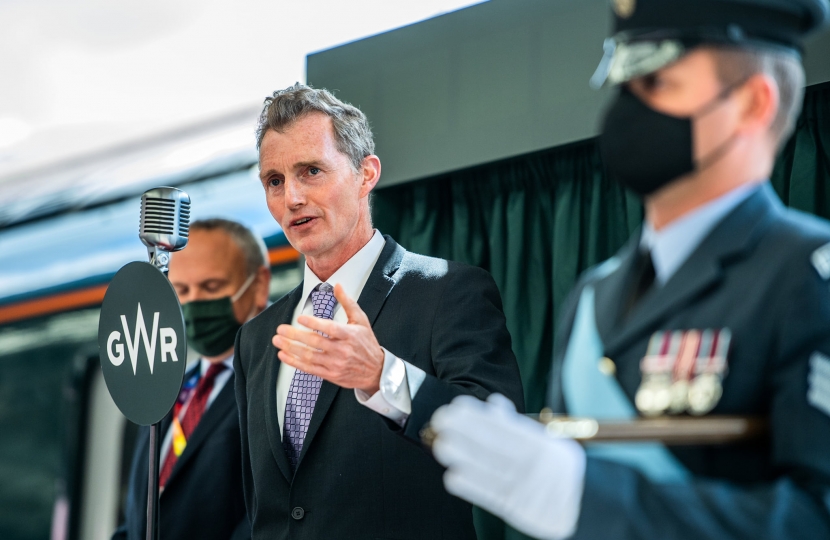 Elections have taken place across the UK and the Conservative Party, Labour and SNP all have reasons to be cheerful - or not. Locally, I was delighted that Peter Fox was elected as the Conservative Senedd Member for Monmouth alongside Laura Anne Jones and Natasha Asghar on the South Wales East regional list. Of course, I am biased. But I have known Peter, Laura and Natasha for many years and find it easy to speak highly of them. They are a great team with experience and a commitment to this constituency. It will be a pleasure to work together.

Labour will be happy, in Wales at least, as they will once again be forming the government here - as they have done since 1999. As a Conservative, I am naturally disappointed, but when you lose elections it is important to acknowledge the result and congratulate the winners. There is no point in protesting or telling the public they have got things wrong. The result was clear and should be respected by all. It is important for an opposition party to hold the government to account and vote against policies on which they disagree. But equally, we must be supportive when governments are doing the right thing. That is democracy in action. So congratulations Mr Drakeford!

All this came to mind on Friday morning when, as the Wales Office minister, I was invited to take part in the naming of a train after Wing Commander Ken Rees in Swansea. WC Rees, a Welshman, was shot down over Norway in 1942 and sent to the infamous Stalag Luft III prisoner of war camp. There he helped to organise the escape of the 76 POWs immortalised in the film “The Great Escape”. It is said that the character of Steve McQueen was based on him. Mr Rees’ navigator on the night they crash-landed was another Welshman with strong links to Monmouthshire. Gwyn Martin DFM was just 21 at the time and was also held in Stalag Luft III. Mr Martin survived the war, returning to Wales, and almost ended up in the national rugby team. His son, David Martin, lives locally and was in touch to tell me the story. As we continue to digest the results of elections across the UK, how appropriate to be honouring those whose sacrifices enabled those elections to happen.