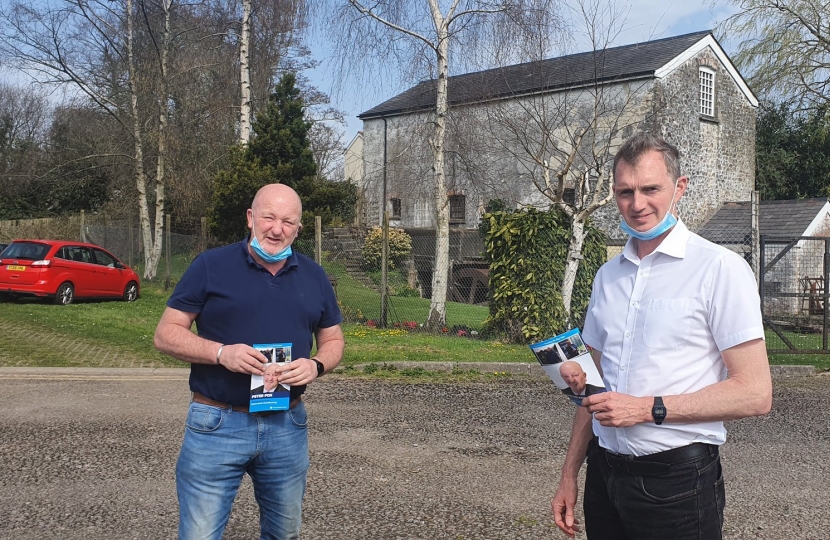 On Thursday 6 May, elections to the Welsh Parliament (Senedd Cymru) will take place. So to comply with pre-election rules, this will be my last column until after polling day. One of the few good things that has come out of the Covid-19 pandemic has been a greater understanding of the role devolution plays in our lives. The NHS, our schools, council funding and much else is entirely in the hands of the Senedd. The coronavirus response in Wales and lockdown rules were set in Cardiff Bay, not Westminster. Even income tax can now be raised or lowered by the Welsh Government. For those who ask what Members of Parliament are for, we still retain control over foreign affairs, defence, most taxation and - in Wales - the police, prison, courts and judicial system. However, the days when we had a National Assembly for Wales that was described by many as a “talking shop” have long gone. There are large numbers of people who come out to vote in general elections but don’t for the Senedd elections. I do hope they will reconsider. Whether we love or hate it, the Senedd is here to stay and has enormous influence over our lives.

One of the big issues for Monmouthshire is the fact we receive less money per head than any other local authority in Wales. The shortfall has to be made up in ever higher council taxes. Local government financing is based on a complex formula which few seem to understand. One person who does is the current leader of Monmouthshire County Council, Peter Fox OBE. Peter is standing as the Conservative Senedd candidate for the Monmouth constituency. If elected, we will have a strong representative willing to challenge the Welsh Government’s unfair funding for our county.

The UK Government has announced the creation of four new trade and investment hubs across the country to challenge the economic benefits of UK trade directly into every part of the union. One of these hubs will be in Cardiff, creating up to 100 jobs. The aim is to support Welsh firms to grow exports and attract more inward investment, with the impact of the hub set to benefit the entire region. This is fantastic news as we harness the wealth of talent and skill Wales has to offer - putting it to work to help businesses large and small feel the benefits exporting can bring now we have left the EU.