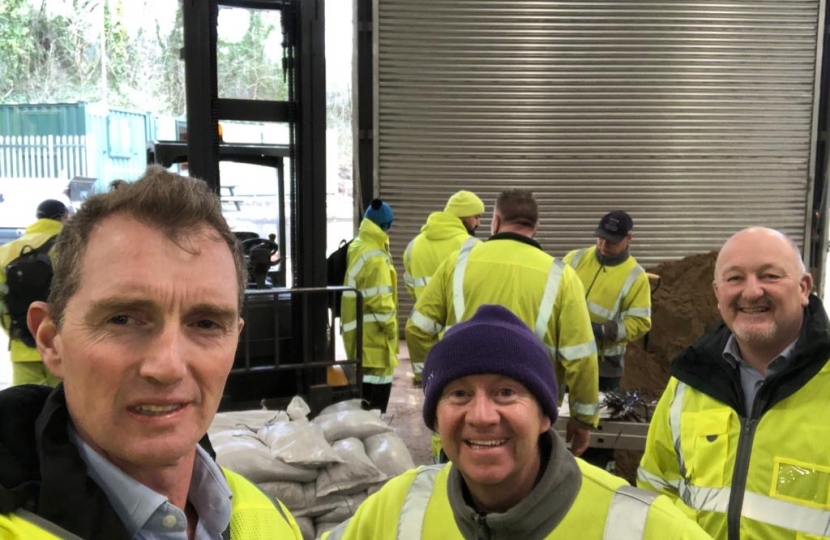 It has been a great pleasure to work closely with the leader of Monmouthshire County Council, Peter Fox OBE, for many years. Despite receiving less funding than any other local authority in Wales, council tax rises have been kept to a minimum under Peter’s formidable leadership. Emergencies such as flooding and landslips have been dealt with and the council rises to every challenge that is thrown at it. I am delighted Peter has now been selected to run as the Welsh Conservative candidate for Monmouth in May’s Senedd elections. As a former dairy farmer who turned to livestock production growing beef cattle, and with an insider knowledge of local government, he would be a fantastic representative for this constituency. I very much look forward to supporting his campaign.

In the days when it was possible to visit schools, pupils would often ask “what laws have you personally changed?” Contrary to what people believe, I would have to explain how it is actually very difficult for an individual to change anything in politics. That said, I might be able to claim a little victory! When serving as a Special Constable, I spotted a gaping flaw in the stop and search laws. Current rules prevent police from using previous criminal convictions as grounds for a search. So people who are stopped by the police, and have multiple convictions for carrying and using weapons, can often avoid even a cursory airport-style “pat down”. Between 2008 and 2019, I repeatedly raised this anomaly with Home Office ministers in Parliament and tried to have legislation amended. It was politely ruled out by successive ministers since the Blair years. This week, the UK Government is bringing out a new policing bill and tucked away inside is the very change I have been calling for. Was this my doing? Have I amended British law? In all honesty, I have absolutely no idea since nobody told me this was coming. But having spent 12 years trying to make it happen, I think I will chalk this up as a success!

It is good news that more pupils in Wales have been returning to school this week for the first time since December. However, as a parent of three, I am sorry they are not going back as quickly as they are in England. Young people have probably suffered disproportionately throughout the Covid pandemic. Online lessons have been a poor substitute for learning in a classroom, while the absence of face-to-face socialising and a lack of access to organised sports has been extremely demoralising. I hope the Welsh Government will make a full return to normality an absolute priority for young people.