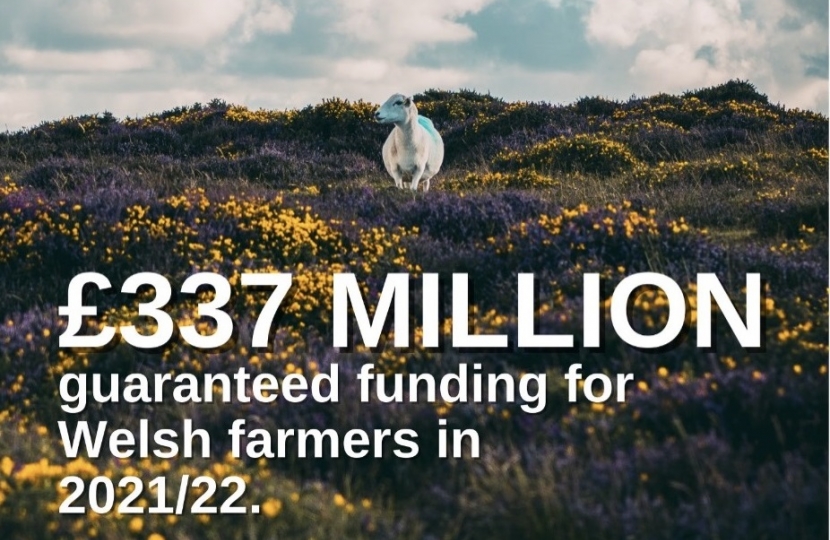 The Conservative manifesto was written just over a year ago and contained many commitments. Two have been widely discussed in Wales over the past week: The target to spend 0.7 per cent of national income on foreign aid, and the guarantee that the Welsh Government would receive exactly the same amount of money to spend on Welsh farming after Brexit as it received before Brexit. The first promise, unfortunately, will not be kept. Shortly after the general election took place, coronavirus struck and presented the UK Government with the biggest crisis seen since the Second World War. It is not just a medical crisis but a financial crisis. With a need to borrow hundreds of billions of pounds to keep the economy going, continuing to send billions of pounds overseas is impossible to justify. Cutting foreign aid spending from 0.7 per cent of GDP to 0.5 per cent is perfectly reasonable given this emergency. In fact, Britain remains one of highest donors of aid in the world. Nonetheless, the UK Government has been unable to meet a commitment on aid spending and we should acknowledge this.

However, the biggest row was over whether the UK Government had met its commitment to ensure Wales received the same funding for agriculture. It most certainly has. In 2019, the Welsh Government spent £337m on agriculture in Wales. Around £240m went on direct payments to farmers, while the rest was spent on a variety of projects. (There is plenty of criticism over these as set out in a report by the Wales Audit Office. But that is another story!) The UK Government allocated £240m for Welsh agriculture in Chancellor Rishi Sunak’s Spending Review. Cue outrage from the Welsh Government, farming unions and many more. What they all failed to mention, perhaps through lack of knowledge, was that the EU will continue making payments for many pre-agreed schemes for several years after we have left. Next year, the Welsh Government will get £97m from the EU for agricultural payments - making the total from both sources equal to £337m and meaning there is no excuse for the Welsh Government to cut agricultural spending. Welsh ministers in Cardiff Bay have also received an extra £1.3bn from Westminster to spend on whatever they want.

For those who want to criticise the UK Government for cutting foreign aid, I hold up my hands and say “guilty”. But we had to do it. On the issue of agriculture subsidies, we are definitely not guilty. The figures will show this and if the Welsh Government threatens to cut farm payments, the unions need to look at how much money has been allocated and start asking some hard questions.