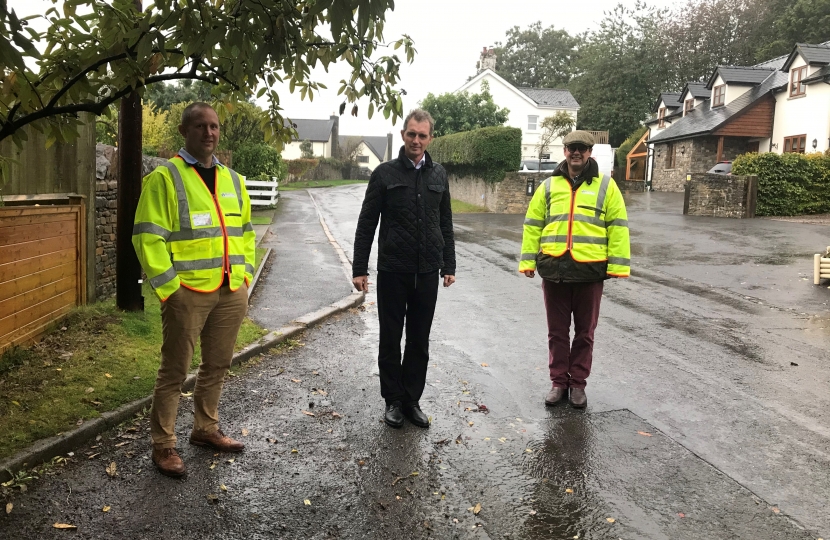 Numerous parents have been in touch to complain about the situation for students travelling to Hereford Sixth Form College from Abergavenny every morning with Transport for Wales. Those who have paid for rail passes are often being prevented from boarding the train and are herded on to crowded buses instead. One angry parent pointed out that if the strategy was to ensure social distancing, it was doomed to fail since the buses ended up being more crowded than the train. Furthermore, the bus journey takes longer meaning students arrive late for lessons. I have already been in touch about this with the Welsh Government, which manages Transport for Wales. Later in the week, I will be visiting Abergavenny railway station to see the problems for myself. I have asked the Welsh Government and Transport for Wales if they will also send representatives.

Broadband speeds in rural areas have been a source of frustration for many years. Lockdown reminded us all that access to a decent internet service is now almost as much of a necessity as power and water. So it was a pleasure to go out and visit an innovative local company at Coed-y-Paen near Usk. Frustrated with his own broadband speeds, local man and communications expert Trevor Mosedale put in place a system that allowed broadband signals to be beamed over to his property. He was soon inundated with requests from people wanting the same and formed Beacons Telecoms Ltd. The company has grown from strength to strength and can offer broadband speeds using a variety of solutions, but usually via conventional fibre-to-premises in areas where BT has failed to deliver. The UK Government is giving financial support to increase access and it is good to know some of the money is finding its way to companies like this.

Sitting in a traffic jam in Monmouth on Saturday lunchtime gave me plenty of time to contemplate a few things. Firstly, changing the traffic light timings on the new Monnow Bridge has been helpful - but perhaps a further adjustment is needed for busy days. Secondly, the removal of the metal barriers is another visual improvement. Finally, the traffic jam and the many people in the town centre on a wet and windy day is a hopeful sign that things are returning to a kind of normality, and there is a future for our high streets and local businesses.