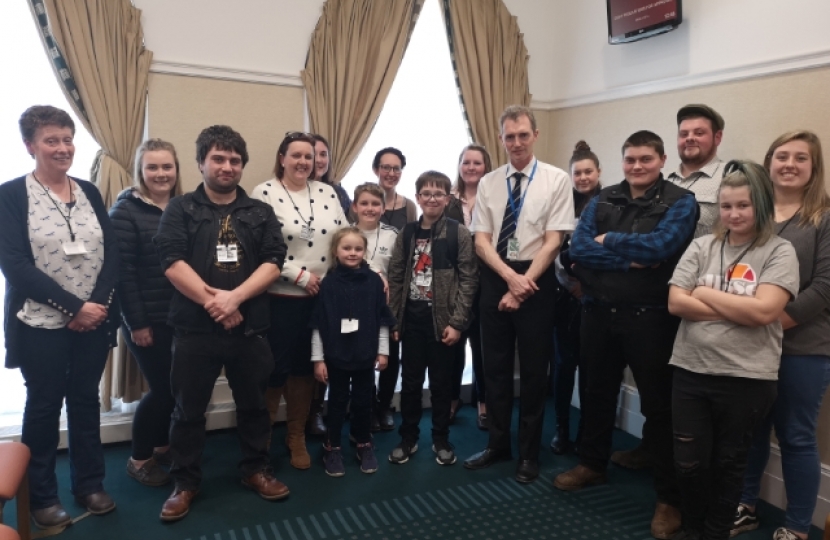 Monmouth MP David Davies has told young farmers that he wants to see a Brexit deal which delivers for the agricultural industry.

Addressing members from Gwent Young Farmers on a visit to Parliament today, Mr Davies said the deal should give UK farmers the right to sell into the EU and the rest of the world without being “undermined by floods of cheap food imports”.

It was one of a number of subjects raised in a question and answer session with the MP following a guided tour of the Palace of Westminster - which included a look at the House of Commons chamber.

Mr Davies added: “It was a pleasure to meet with local farmers, some of whom were very young indeed!

“We had a good discussion on Brexit, TB and wider issues such as the future of our high streets.”

Gwent YFC social secretary Abigail Williams said: “A huge thanks to David Davies and his team for hosting Gwent Young Farmers so well in London.

“Everyone who attended had a tremendous day. It was a very exciting opportunity for members to take forward their views on issues that we currently face as young people in Monmouthshire and we hope to work more closely with the MP in tackling them in the future.”