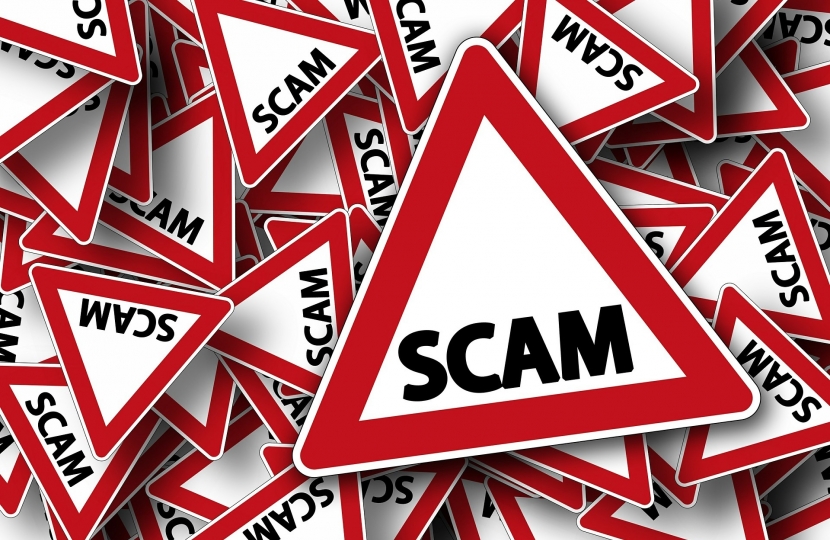 Bogus doorstep sellers posing as reformed criminals are targeting homes in Chepstow, an MP has warned.

Offenders have told residents in the town that they are visiting homes as part of a probation service scheme.

But Monmouth MP David Davies says the Police and Crime Commissioner (PCC) for Gwent has confirmed there is no such scheme.

Mr Davies was alerted to the scam, which is understood to be happening across the UK, by a concerned constituent in the St Maur Gardens area of Chepstow.

He said: “The so-called ‘ex-prisoner’ was trying to sell household goods from a backpack, including scissors, knives and tea towels.

“When residents declined to buy anything, he asked for a donation instead.

“I’m told the individual was very polite at first but became aggressive and abusive. He claimed to have been ‘bussed in’ from another area by the National Probation Service.

“Similar incidents have been brought to my attention and I suspect this is in fact a scam. I also fear that once someone buys an item, the more likely they will return to the same area.”

In a letter to Mr Davies, Gwent PCC Jeff Cuthbert said Gwent Police had spoken to the probation service and “they do not support this and have no knowledge of this activity”.

“I am aware that charities in the past have done this or something similar, but nothing to my knowledge on this occasion. They would normally let us know,” said Mr Cuthbert.

He added that the local area Inspector will “pass on the information for patrols”.

Residents are being advised to report any further incidents to Gwent Police on 101 or email contact@gwent.pnn.police.uk