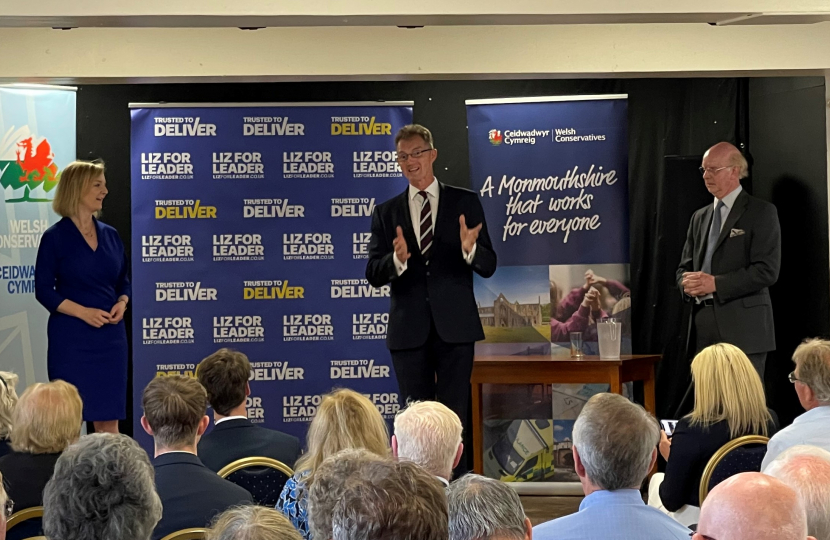 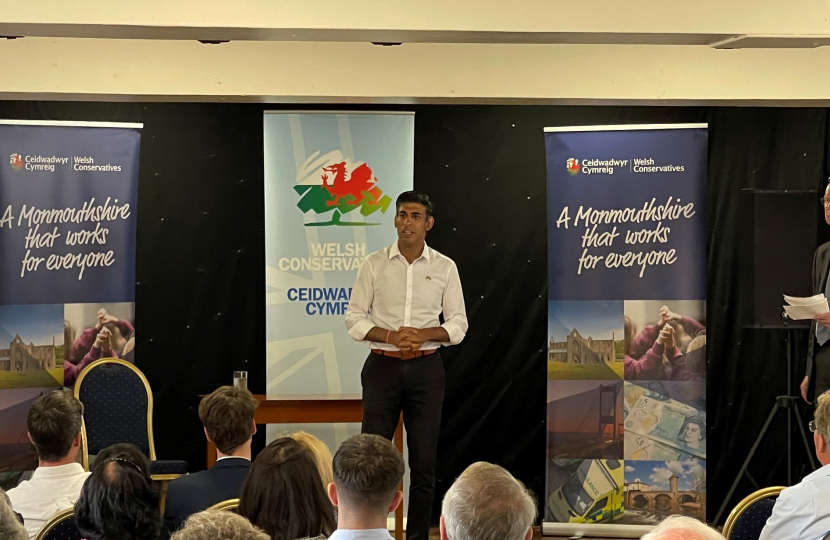 Whoever wins the Tory leadership contest will replace Boris Johnson in the race for Number 10.

Mr Sunak and Ms Truss spoke to party members at The Grange on Maryport Street, outlining their vision for the United Kingdom and Wales’ place in the union.

Some of the members that attended were able to put their questions to both candidates.

They were introduced by Monmouth MP David Davies, who has not publicly declared who he is supporting to ensure “strict neutrality and fair play” in his role as a government whip.

Speaking after the event on Wednesday (3 August), Mr Davies said: “Rishi and Liz wanted to come to Usk because of the strength of the Conservative Party here in Monmouthshire.

“It was a great pleasure to welcome them and hear their views, ideals and priorities for attracting jobs and investment in Wales and holding the Welsh Labour Government to account for its handling of public services.

“I am incredibly proud that Monmouthshire is on the map as far as the future Prime Minister is concerned.

“These are experienced ministers of the highest calibre and I very much hope they will both hold senior cabinet positions when this leadership content is over.”

Voting closes on 2 September, with the winner expected to be announced on 5 September and to replace Mr Johnson the following day.

My thanks to Dŵr Cymru Welsh Water for a very positive and constructive meeting last week. I was joined by Peter Fox MS and Friends of the Lower Wye to discuss ongoing improvement actions on the Usk and Wye rivers.