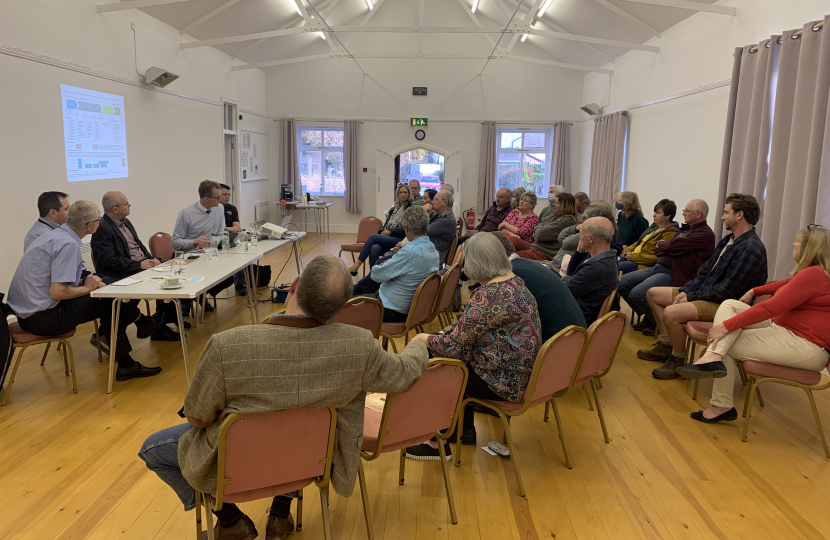 Residents of a Monmouthshire village have been shown plans which aim to stop their homes being flooded in the future.

Skenfrith, on the banks of the River Monnow and Norton Brook, has found itself under water three times in 14 months.

Funding is now being sought from Welsh Government to develop an outline business case into the viability of a possible scheme.

Monmouth MP David Davies, who organised the meeting, has been working closely with village representatives to lobby for better flood defences.

He invited senior NRW officials to give a presentation on available options and answer questions.

“A lot of important work has been going on behind the scenes and I wanted to give households an opportunity to hear NRW’s findings and proposals first-hand,” said Mr Davies.

“There is a general consensus and understanding among residents that due process has to be followed. But what is deeply concerning is the fact there is a 1 in 3 chance of another serious flood in Skenfrith before anything is done.”

If funding is approved, it could take up to 12 months to whittle down the options and would involve discussions with heritage monuments body Cadw because of Skenfrith Castle.

An initial assessment suggests feasible schemes, at this stage, are property level protection or some form of wall/embankment around the village.

It could then take another 12 months to develop a final business case and six months to secure a contractor to carry out the work.

“If all went to plan, we are looking at a minimum of two to three years for a scheme to come to fruition - providing each business case passes strict criteria and funding is in place,” said Mr Davies.

“Skenfrith residents face an anxious few winters knowing they may well be flooded again. It is disappointing news and not what any of us wanted to hear.

“But I am grateful to NRW for the open and transparent way it is communicating with villagers. I am told we should expect an imminent decision from Welsh Government and I very much hope funding is approved to progress to the next stage.”