Save the Circus Fields 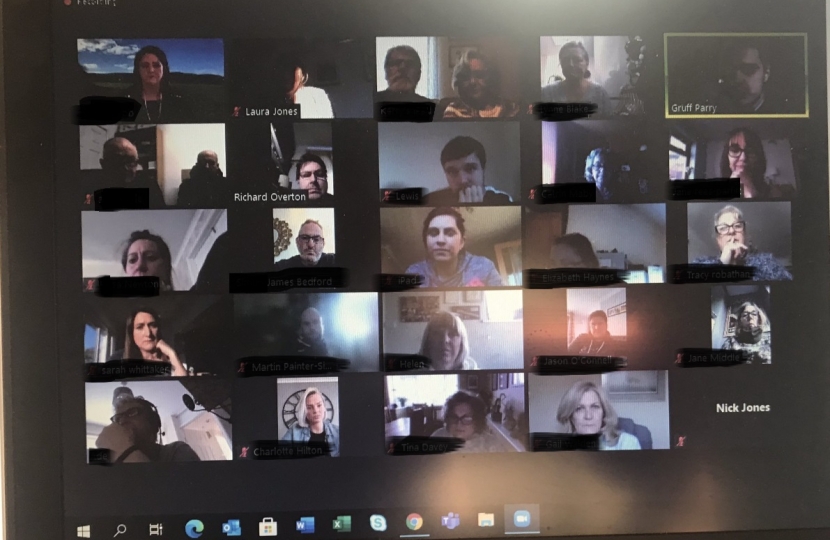 Up to 90 residents attended an online Zoom meeting yesterday afternoon (Sunday 7 March) to voice concerns over plans to develop land at Craig Y Felin near Cwmbran, just off the A4042.

The land - known locally as the Circus Fields - has been included as a proposed site for development in Torfaen County Borough Council's Replacement Local Development Plan (2018-2033), published last year.

The proposal is for a mixed use development of the greenfield site, with housing and industrial units.

Organised by local teacher Gruffudd Parry, the meeting proved a real success in uniting people in their opposition to the plans.

A range of key issues were raised, ranging from the LDP itself to the detrimental impact the plans will have on housing, the environment, pollution and flooding.

Many residents were also keen on highlighting how the plans would affect people's mental health and wellbeing.

Mr Parry, who is the Welsh Conservative candidate for Torfaen in May's Senedd elections, said, "These plans are a direct risk to the very fabric of our community and I was heartened by the public reaction.

"As a local teacher, the mental health and wellbeing of all children is of paramount importance and we do not want a Torfaen with no green spaces for our children to grow up in.

"It is about time Torfaen County Borough Council recognised the need to think again and act in the public interest."

There were a great many heartfelt contributions from local residents. Singer, choral director and DJ Susie Webb, who chaired the meeting, said: "As a community, we need to be provided with transparent adequate evidence that this development will not seriously impact the already growing problem of flooding, pollution, mental wellbeing of residents and destruction of habitat for our protected wildlife."

Croesyceiliog resident Jane Rees-Parfitt, a staunch critic of the plans, said: "We must ask ourselves what measures have been taken to monitor wildlife in these fields, and trees that have been felled. What about protected animals, insects, birds and plant life?

"There is talk about protecting our environment, climate change and health and wellbeing etc being so important - this does not seem to apply to Torfaen."

Another resident, Ms Blake, added: "The power of the people’s voice is important for all councillors and the Welsh Assembly needs to sit up, stop, look and listen to the people it claims to represent.”

The campaign, which is increasingly gaining momentum, attracted a great many local cross-party councillors.

Ms Jones, who sits as Shadow Minister for Housing and Local Government, Equalities, Children and Young People, committed to raising the group's concerns during a debate in the Senedd on Wednesday.

Mr Davies, who represents the Croesyceiliog, Llanyravon, Llanfrechfa and Ponthir areas of Torfaen, added: "We should challenge the council as to what their estimate is of the local demand for housing.

"Getting rid of greenfield sites will obviously have an impact on the mental health of children who need green spaces to play in so we could also raise this issue with the Children's Commissioner for Wales."

A petition to Save the Circus Fields, which has gathered more than 1,300 signatures, can be found here: https://www.change.org/p/torfaen-county-borough-council-save-the-circus…