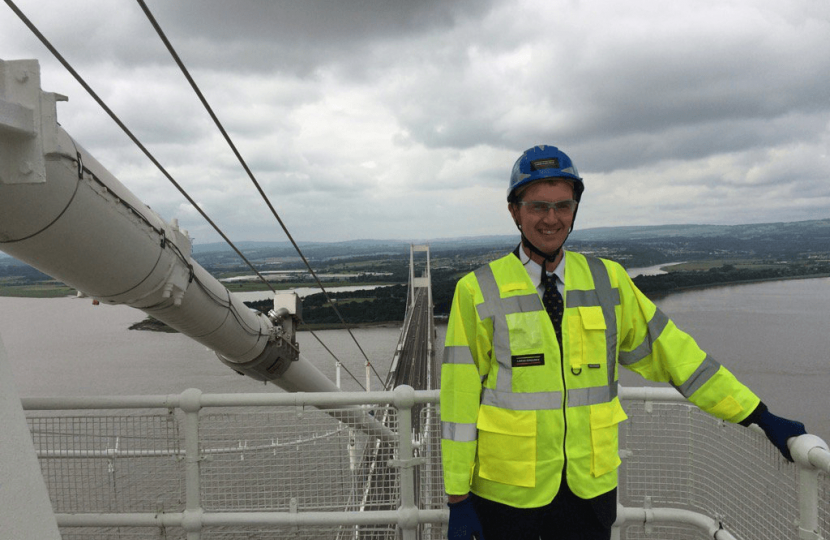 Highways England is poised to revamp its website after bosses admitted they underestimated the usefulness of information about the status of the Severn bridges.

The original Severn bridges website was decommissioned in May 2019 following removal of the tolls.

While its main purpose was for the management of customer TAG accounts, the website also provided clear details about bridge closures - helping residents and commuters on both sides of the Severn with journey planning.

Road users are now directed to the Traffic England website, where Highways England says it aims to give “more accurate, real-time traffic information.”

But after looking at customer feedback, Highways England has acknowledged the website “doesn’t allow for the status of the Severn bridges to be easily accessed”.

In a letter to Monmouth MP David Davies, who had called for an urgent rethink, operations executive director Nick Harris said: “We took the decision to close the Severn bridges website as its main purpose was to help customers manage their TAG accounts.

“As the tolls have been removed from the bridges, the TAG accounts are in the final stages of being closed and the website was no longer needed for that purpose.

“In hindsight, we had underestimated the usefulness of this website to road users in the area and the impact its closure would have had in terms of journey planning.”

He added: “We are currently reviewing the way the information around the bridge can be retrieved and are considering developing a new Highways England website.

“This would display the bridge information in a clearer and more user-friendly way.”

Highways England was also proposing to shut down its popular Severn bridges twitter account and post all future updates about the crossings via its regional south west account, a move Mr Davies labelled “short-sighted”.

Officials confirmed they have since decided to keep this open after listening to feedback.

Mr Davies said: “Ultimately the bridges are now being paid for by the taxpayer, so the taxpayer has a right to know when the crossings are going to be closed.

“Before, it was easy to see the status of both bridges with a couple of clicks. People could plan ahead and avoid unnecessarily long diversions, which have an impact on the environment and the economy.

“I am pleased Highways England has recognised the importance of effective communication considering the bridges are a key strategic route linking south Wales to London and the West Country.”