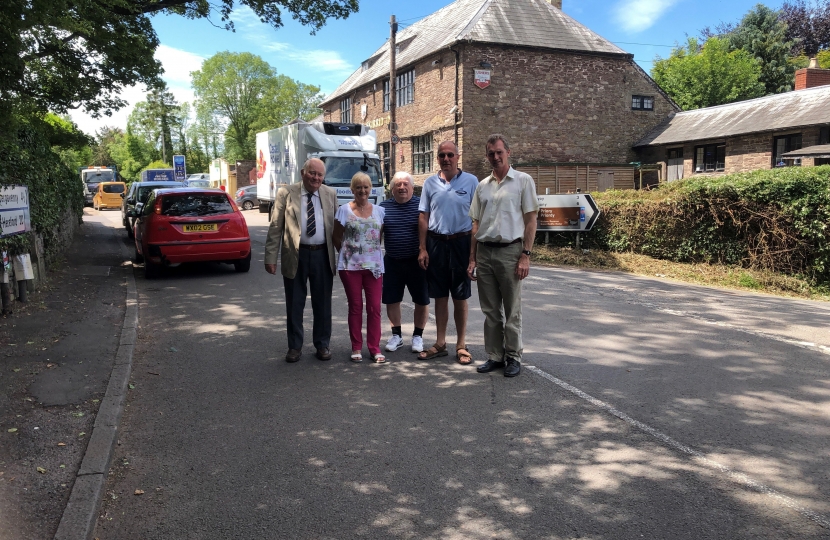 Fed up residents in Llanvihangel Crucorney have been left frustrated after spending months trying to get parking restrictions put in place to keep traffic moving through the village.

Cars parked on the street causes problems for large vehicles being able to turn in and out of the junction with the road to Cwmyoy and Llanthony, including timber lorries avoiding the low railway bridge.

Monmouthshire County Council’s highways department acknowledged early last year that something needs to be done and undertook a consultation.

But work to install double yellow lines, which was meant to start in April and then June, has now been put back to September.

“As a former HGV driver myself, I can see that it would be very difficult to try and get a lorry around that corner if there are cars parked opposite,” said Mr Davies.

“There is also a safety concern for pedestrians who have to walk in the middle of the road.

“I fully support the call for action by Crucorney Community Council and residents. They are understandably disappointed at the ongoing delay in carrying out this work, despite various promises, and I will urgently contact Monmouthshire Highways.”