Renewed campaign for whisper tarmac on the A40 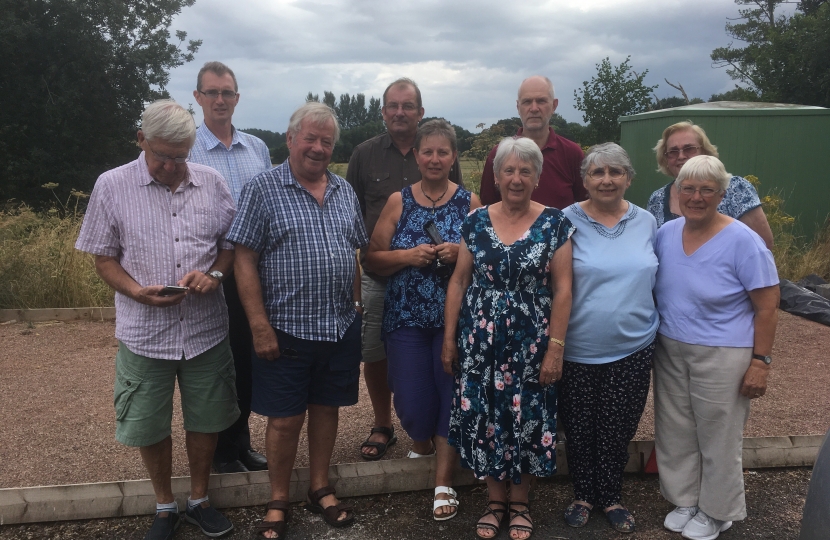 Residents in the Bryn and surrounding area recently held a public meeting on 27th July 2018 to call for a renewed campaign to reduce traffic noise levels.

Large volumes of cars and lorries travelling at high speeds along the adjacent A40 are causing misery for the local community, with residents being kept awake at night.

The road is one of only a few left in the country with an outdated concrete surface and residents believe it should have been resurfaced with whisper concrete at the same time as part of the Welsh Government’s programme of improvements taking place on the Heads of the Valleys road.

One resident spoke of her fear that those improvements - in conjunction with the end of tolls on the Severn Bridge - were bound to increase traffic levels further and that action needed to be taken.

The public meeting was also attended by local MP, David Davies and Nick Ramsay AM.

Mr Ramsay agreed to find out more about the improvements which have already taken place along a few stretches of the A40.

Mr Davies said: “We need to know more about costings for installing whisper tarmac. Ideally it should be laid along the entire stretch from the A40 to Abergavenny.

“However, residents are now understandably so desperate for improvements that even laying down a quiet surface near to The Bryn and Bryngwyn would be progress.

“I will certainly join Nick in maintaining the pressure on the Welsh Government Cabinet Secretary for Economy and Transport, Ken Skates AM, to take action.

Roads are getting busier and local residents have had to suffer patiently with excessive noise pollution for too long.”