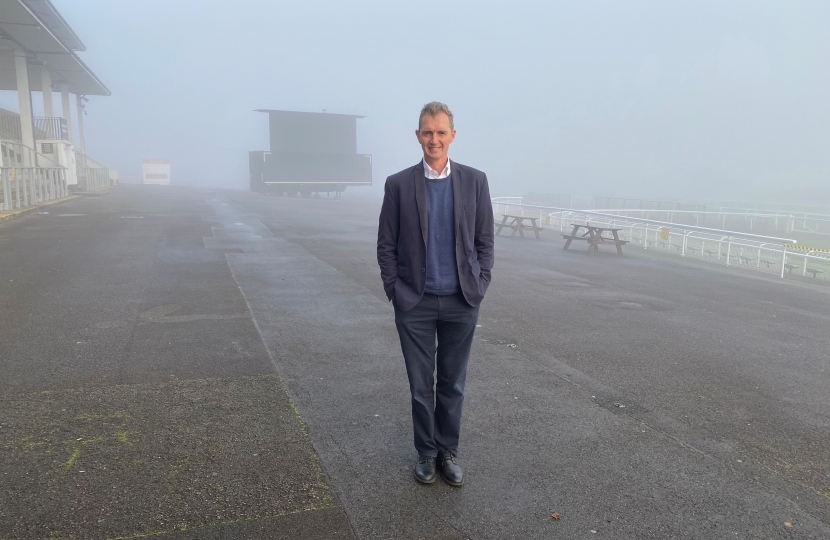 A decision needs to be made quickly on whether to allow the return of Welsh fans to sporting events, an MP has said.

David Davies has called on the Welsh Government to follow England’s lead and get spectators back to sports venues.

As England prepares to come out of lockdown and enter a three-tier system of restrictions on 2 December, spectators will be able to return in limited numbers.

But in Wales, elite sporting events are still continuing behind closed doors – with football, rugby and horse racing going most of the year without any revenue from ticket sales.

Chepstow Racecourse, which is in Mr Davies’s constituency, has hosted the high-profile Coral Welsh Grand National since 1949.

It is the biggest horse racing fixture of the year in Wales and one of the showpiece events in the sporting calendar.

Yet there are concerns spectators may not be allowed in on 27 December.

“Chepstow’s position is time precious, meaning it is vital the Welsh Government makes a decision on this sooner rather than later,” said the Monmouth MP.

“Based on what we know of the figures, I think Monmouthshire would be a borderline tier one or two if we had a similar system here in Wales.

“Chepstow and its sister course Ffos Las near Llanelli have held about 20 races since lockdown in March, but not with spectators.

“Racecourse bosses would obviously like fans at the Coral Welsh Grand National, in line with their colleagues in tier one and two regions of England. Also, from a financial perspective, Chepstow needs to run an event like this.”

“It is clear Chepstow is well placed to host a ‘safe’ event, particularly as they have been racing safely behind closed doors since June,” said Mr Davies.

“There is an enormous amount of outside space to comply with social distancing rules, as well as one-way systems and temperature testing.

“The onus now is on the Welsh Government to act swiftly and decide whether spectators can return, so the racecourse can put its operational plans into place and get tickets on sale.”

It is understood a meeting is due to be held next week involving Wales’ sporting governing bodies - including representatives from Chepstow Racecourse - and Welsh Government ministers to plan a pathway for a phased return of spectators.