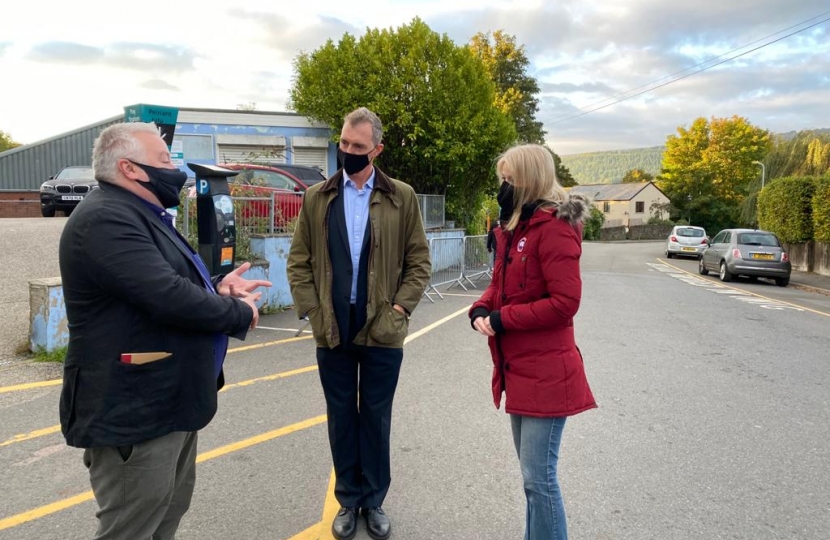 Efforts to improve public transport arrangements for sixth-formers in Monmouthshire and Torfaen are welcome but further improvements could be made, an MP has said.

Students who normally travel by rail to Hereford for further education had complained they were being turned away from trains – despite owning costly season tickets.

They also raised concerns about social distancing measures on the chartered buses put on in place of the trains.

Monmouth MP David Davies met with representatives from Transport for Wales, the company providing the students' rail and bus services, at Abergavenny Railway Station on Friday.

He heard from students and parents about their concerns regarding social distancing and the longer journey times that means some sixth-formers are arriving late for lessons. He also pointed out the problem is affecting those who travel further down the line from Hereford to Cwmbran.

Mr Davies said: “I can see the logic but fully understand why students are furious. They are being discriminated against and segregated from travelling on the train even though there is space.

“At present, the buses only go to the town centre instead of straight to Hereford Sixth Form and other colleges. If buses went to the college instead, it would save students a 15-minute walk and make up for some of the time lost.

"But this can’t be done because of a law which states that coaches replacing trains should only run to town centre bus stops and not direct to destinations.

“This is ridiculous and I have asked Welsh Transport Minister Ken Skates to waive the rule."

Following the meeting, Transport for Wales announced the reinstatement of a peak morning train service running at 06:55 from Cardiff to Hereford as of today (12 October). An extra carriage has also been added to the morning service arriving into Hereford at 08:53.

Mr Davies said the move was a "welcome step forward" but believes more can be done to further help students travelling on those services.

He said: "One carriage on both trains should therefore be reserved exclusively for students. This way they would remain within their 'bubble' and not be in contact with other members of the public, but many more would be able to travel."

Pic cap: David Davies MP with Rob Holmes, head of government relations and public affairs at Transport for Wales, and a local parent. ​​​​​​