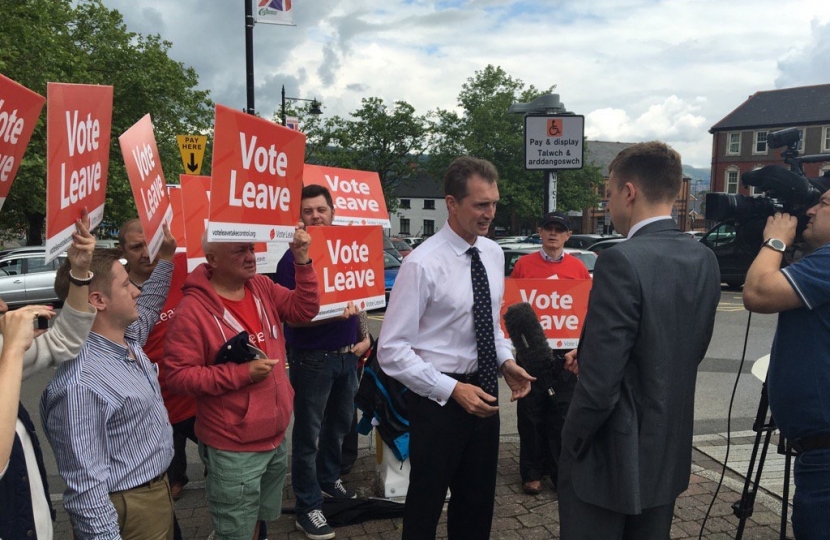 Thank you for forwarding on an email from the so-called “People's” Vote campaign.

A further referendum would in any case be an utter waste of time and money since almost nobody would accept the result.

If we voted yet again to leave, EU supporters would simply say that it was “only advisory”, that the winners “told lies” they would demand that it be halted in the Courts or the House of Lords. They would go around finding people who had claimed to have changed their minds and then present this as evidence that the whole thing should be re-run to a credulous BBC. Meanwhile, without the slightest sense of irony or ability to see the contradictions on their own arguments, a cast of self-interested groups including multinationals, universities, and charities in receipt of EU funding would loudly proclaim that leaving the EU would mean: more unemployment and not enough people to fill the jobs available, inflation and a collapse in house prices. The end of carbon dioxide reductions and an end to the aircraft and motor industry, food running out in the shops and also the country being swamped with cheap food from the US.

Apparently we will also run out of medicine, and according to today's bit of fear mongering in the Times there would be riots and unrest.

I haven’t yet read that Brexit will cause a zombie invasion but I suspect it is only a matter of time.

Of course I would not write off the EUs chances of winning a third vote. They have had enormous experience in re-running and winning referendums when they don’t like the initial result.

EU supporters are slyly suggesting that instead of a straightforward question we have some sort of multiple choice with a series of options for leaving - and one option for staying in. Splitting the votes cast by an anti-EU majority would give the EU campaign a much better chance of winning. If this were to happen I would assume that Brexit supporters would treat the result with the same level of respect as was shown by the EU campaign for the 2016 result.

Far from uniting the country it would remind millions of British people, who want to leave the EU, of the contemptuous way they are thought of by far too many people with senior positions in politics, the media, and academia.

The people of this country have spoken – twice. It is time for us to listen.