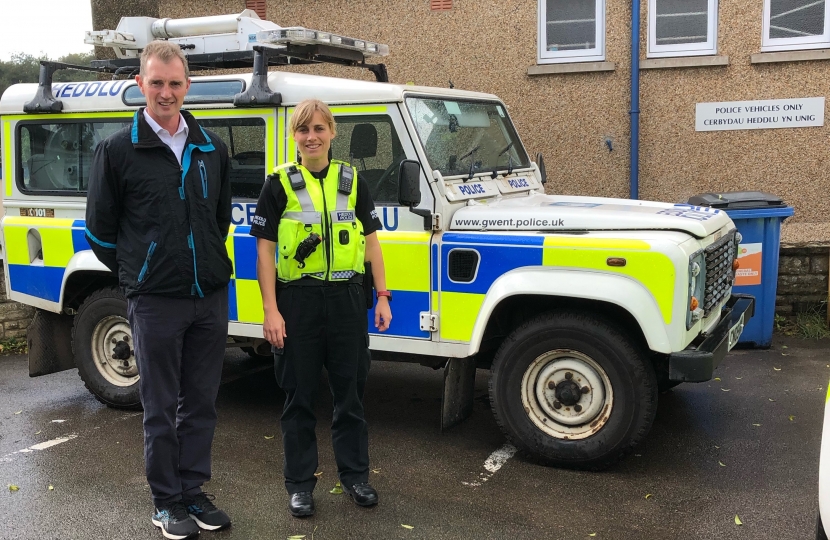 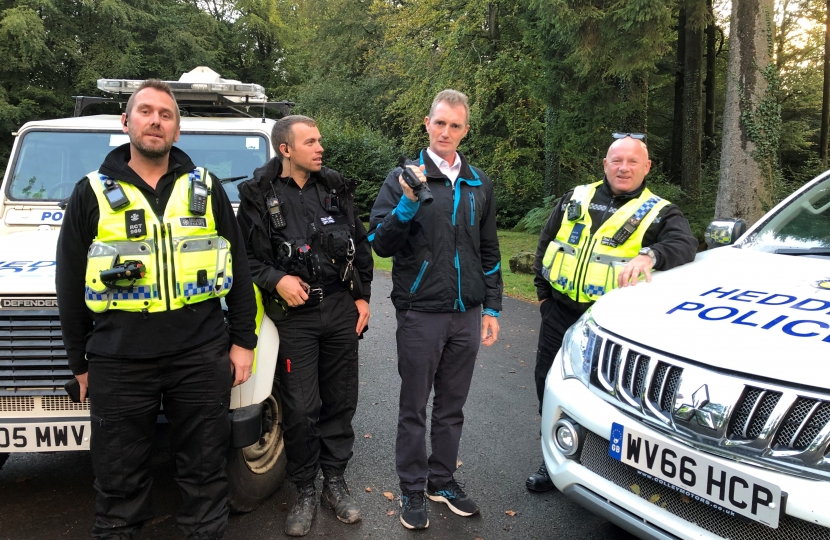 Police officers were joined for a day on the beat by Monmouth MP David Davies as part of a nationwide campaign inviting politicians to spend time with their local force.

Mr Davies, a former special constable who served with the British Transport Police for nine years, took part in the Give a Day to Policing scheme to see first-hand the work of the Monmouth neighbourhood policing team and Gwent rural crime unit.

He welcomed the formation of a new unit charged with tackling crime in the countryside. The team is made up of a special constable, regular police officers and community support officers.

Its remit is to engage with farming and rural communities, and carry out target hardening in isolated areas to try and prevent people from becoming victims in the first place. Regular night time patrols are conducted across Monmouthshire to target ‘hotspots’ with the intention of disruption, prevention and detection of rural and wildlife crime.

“A growing array of crimes are being carried out in rural areas,” said Mr Davies.

“Farmers are vulnerable to burglars, who take high value machinery to order, and stolen livestock can enter the food chain. Rogue waste disposal companies avoid paying landfill costs by tipping rubbish on to land in the countryside. The clear up costs fall on to the landowner and can be huge when hazardous waste such as asbestos is involved, as well as creating a health risk for people.

"The police are also on the lookout for poachers and others who attack wildlife.

"I was very interested to see the sort of equipment available, including night sights, and I understand that in the near future the police will have access to a drone, which I hope to view in action.

"Gwent Police do a fantastic job and from my own experience, I would highly recommend policing as a career. I would also suggest that anyone with a good knowledge of the countryside and some time to give might consider applying to join as a special constable and spending two days a month helping to cut crime in the area."