Now that we're leaving the EU, we must also quit the European Arrest Warrant 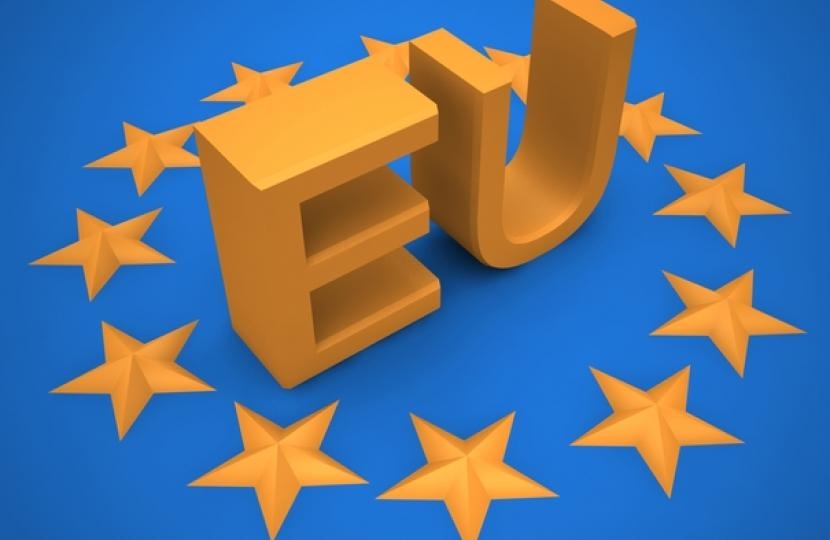 A nation which has no control over who crosses its borders is not a free nation in any sense of the word. Many, perhaps most, of those who voted for Brexit recognised both fact, and registered voter concerns about large-scale immigration into the UK as a result of the freedom of movement rules.

These are based on the notion that, across the EU, living standards are close enough to ensure that lifting borders will not lead to a large-scale migration within members states. In fact, huge differences in living standards has seen unsustainable levels of immigration imposed on us for a decade.

Those from Europe’s poorest regions have enjoyed unfettered access to our NHS, generous welfare system and to higher-paying jobs on offer in the UK than those in the poorest regions of the EU, especially Romania and Bulgaria.

We should not blame anyone for moving from a poor region to a wealthier one, but should remember that there has been a cost to our public services, an increased demand for housing, and that large numbers of people are willing to work in low-skilled jobs, holding down wages for the lowest paid in society.

Brexit gives us an opportunity to fundamentally change our immigration priorities. We need to protect public services and low wage professions by restricting mass migration from countries with significantly lower standards of living – in or out of the EU.

At the same time, we could operate a much lighter-touch system for countries with a similar living standards. Freer movement with the likes of Australia, Canada, Singapore, Japan and South Korea would be quite possible, with restrictions on access to benefits. These are countries with living standards as high, if not higher, than our own, and their citizens are not going to up sticks and move to the UK in large numbers for a better way of life.

‘Taking back control of our borders’ was a well-worn theme of the Leave campaign and it focused mainly on immigration.  Receiving less attention is the EU’s similarly false premise of parity when it comes to justice, manifested through the European Arrest Warrant (EAW). Just as EU free movement rules assume similar living standards throughout member states so, too, the EAW assumes similar standards of justice.

Introduced in 2004 to speed up extradition, the idea was well meant. The EAW presumes that the same rigorous standards of due process and judicial independence that exist in the UK, exist throughout all EU Member States. This principle is the system’s bedrock; essential to ensuring that when one European nation demands extradition, the individual in question has or will receive a fair trial, where their human rights and civil liberties are respected.

This is patently not the case. For years now, the UK has been made to indirectly enforce charges and convictions from certain EU nations which fail to adhere to standards we command as a minimum at home. We have been made to return people to countries because they allegedly pose a political, not criminal threat. We have sent people to rot in jails which fall short of international standards, often before they have even faced trial. In so doing, we are making ourselves complicit to miscarriages of justice. For a country that so prides itself on civil liberties, this is a matter of urgency.

A report by the Henry Jackson Society found that Romania’s recent spate of anti-corruption convictions has seen ‘routine violations’ of both the EU’s own Charter on Fundamental Rights and the ECHR. Abuses, the report found, include lengthy pre-trial detention, often in appalling conditions, the undermining of judicial independence by the security services and threatening the relatives of suspects. The report concluded that recent developments in the country demonstrate ‘considerable continuity with the communist era’.

Such practices should never have become entangled in the UK’s judicial system in the first place but, because of EAW, they have. We enjoy a hard-earned reputation for having the world’s most rigorous judicial standards. Yet through the EAW we have risked undermining this hard-won status by being compelled to implement decisions by other EU jurisdictions that would never have passed muster here. So far, the Government has expressed a desire to remain within the current EAW, post-Brexit. I would seriously urge them to reconsider, given the evident flaws in its design and execution.

In addition to operating on false presumptions of parity, the EAW has been shown to be ineffective in other ways. In the case of my constituent Sophie Grey, it failed to protect her from a deeply traumatising experience in a Portuguese prison. Imprisoned there for months, she was denied bail on account of being deemed a flight risk. Surely if the EAW was working as it should, she would have been allowed to return home and await trial here, surrounded by friends and family, instead of hardened criminals. It failed to prevent her from serving what amounted to a prison sentence before she had even faced trial, undermining the sacred principle of ‘innocent until proven guilty’.

This highlights another flaw in the EAW, namely differences in consistency of application. In the UK, we have been steadfast in enacting warrants issued by other countries, ensuring EU citizens are granted the right to return home should they be awaiting trial. However, as Sophie Grey’s case demonstrates, this hasn’t always been reciprocated by our European partners.

Brexit offers a unique chance to leave the flawed EAW behind and establish a better system of judicial cooperation, with those nations whose standards of due process are demonstrably similar to our own. Having voted to leave, we should seize the opportunity to free ourselves entirely from the EU’s artificially imposed idea of parity. Just as with immigration, a post-Brexit system of cooperation with nations such as Canada, Singapore and Japan should be established in its place, to ensure that our standards of justice are magnified at the international level, rather than diluted or contravened.

*Published by Conservative Home on 21 January 2018*