No-deal Brexit not a big deal 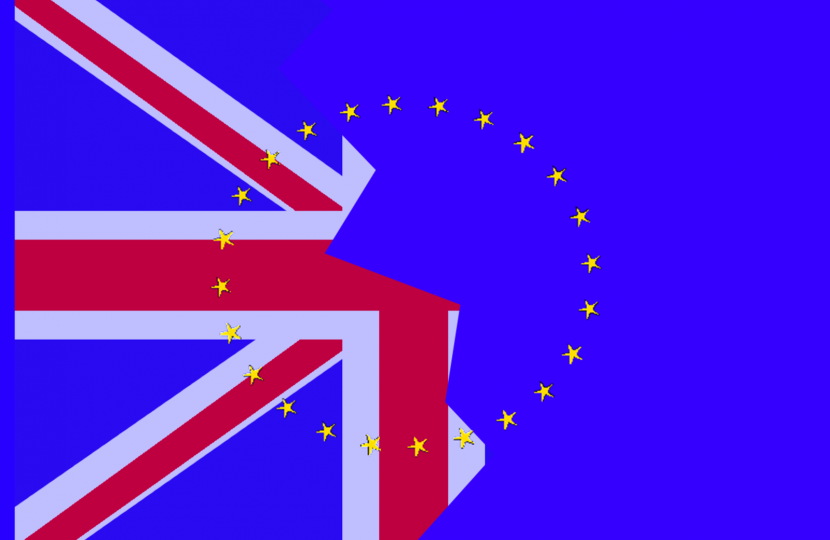 “The last few months have seen frenzied attempts to ramp up ‘project fear’ to hysterical levels by those who are opposed to Britain leaving the EU,” Monmouth MP David Davies has said.

Mr Davies spoke out after taking a group of Welsh MPs to Holyhead Port, one of the biggest freight crossing points into Ireland, to find out what plans there are in the event of a no-deal Brexit.

He said: “The attitude from the port authorities in Holyhead was that preparations had created extra work and inconvenience but they were perfectly ready for a no-deal Brexit and saw no immediate problems.

“There has been extensive work done to ensure that people know what documents will be required and the authorities have been given guidance that they do not need to search any more vehicles than they do at the moment.

“The head of the port told us that MPs should stop exaggerating the problems. He also pointed out that it is very much in the interests of the Irish to ensure everything goes smoothly on their side.

“Their economy depends on being able to export agricultural products into the UK and their shops receive processed food each morning from the UK. Furthermore, Dublin Port is part of the city and any delays would shut down their capital and their economy.

“This is something that British ministers should bear in mind when the Irish Prime Minister Leo Varadkar comes on the television to criticise the Brexit process.”

Mr Davies, who chairs the parliamentary Welsh Affairs Committee, said he has “never believed the tales” that a no-deal Brexit would “reduce us to a sort of pre-industrial society”.

“Most of our trade is done under World Trade Organization (WTO) or ‘no-deal’ terms and there is no reason why it could all not all be done that way,” he said.

“I would support Theresa May’s free trade deal, which would see Britain leave the EU over several years, if only to provide some reassurance to those who are worried about leaving.

“Those who are shouting loudest about the impact of WTO Brexit are usually the same ones who are demanding that MPs vote against the Prime Minister’s deal. Ironically they are risking the very thing they claim would be a disaster.

“We are the fifth largest economy in the world and Treasury reports predict that we will be better off in the coming years under any form of Brexit.

“MPs and ministers need to show a bit more confidence in their nation and get on with implementing the result of the referendum.”