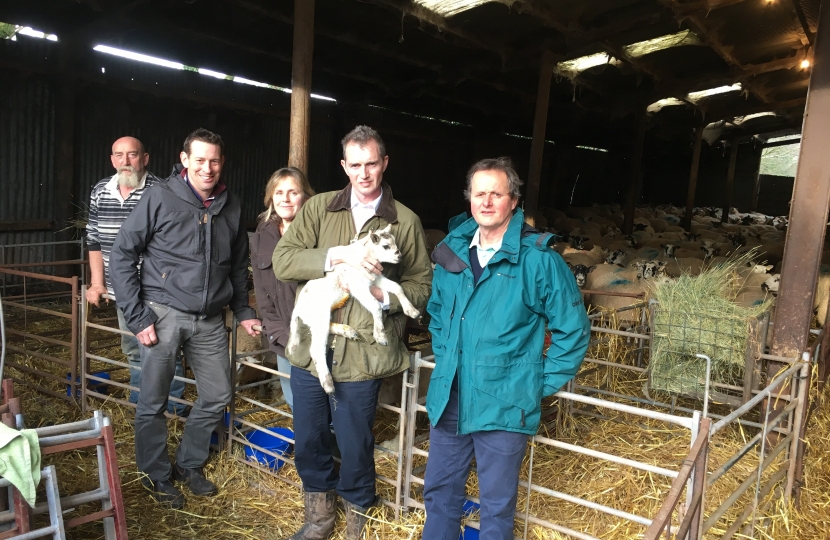 NFU Cymru Monmouthshire county chair Kate Beavan, who kindly hosted the meeting alongside her husband Jim at the family farm near Llanvetherine, said: “It is vital the outcome of Brexit ensures that any trade deals do not serve to allow cheap food imports, which undermine the high standards Welsh farmers are proud to produce food to.

"The public trusts that this food is world-leading in traceability, and safety from the farm right through to the fork is guaranteed.

“Welsh farming provides the raw ingredients that feed the nation. 80 per cent of the land area in Wales is managed by farmers, and farming is the cornerstone of the £6.9bn Welsh food and drink sector.

“Failure to ensure that food standards are met to our level risks damaging our ability to produce home-grown food, reducing the nation’s food security, and will drive people to rely on imported food produced to different, and potentially much lower, environmental and welfare standards - over which we have little or no control.”

Monmouth MP David Davies said: “I was happy to assure NFU Cymru members in Monmouthshire that I will continue to support the government’s proposed withdrawal deal.

"It is up to other MPs on both sides of the debate to understand that sometimes a bit of compromise is necessary to get things done.

“I am also in full agreement that if we do leave without a deal and the EU levy tariffs on our goods, then we should set exactly the same tariffs on their goods.

“I am very grateful to NFU Cymru for arranging this meeting and also to Kate and Jim Beavan for their hospitality, who with perfect timing managed to get one of their ewes to deliver a lamb whilst I was out in the sheds!”

Kate concluded: “If food is produced to different standards than that expected of us as farmers as a result of any post-Brexit trade deals, the impact could be profound.

"We do not want our high standards to be undermined."