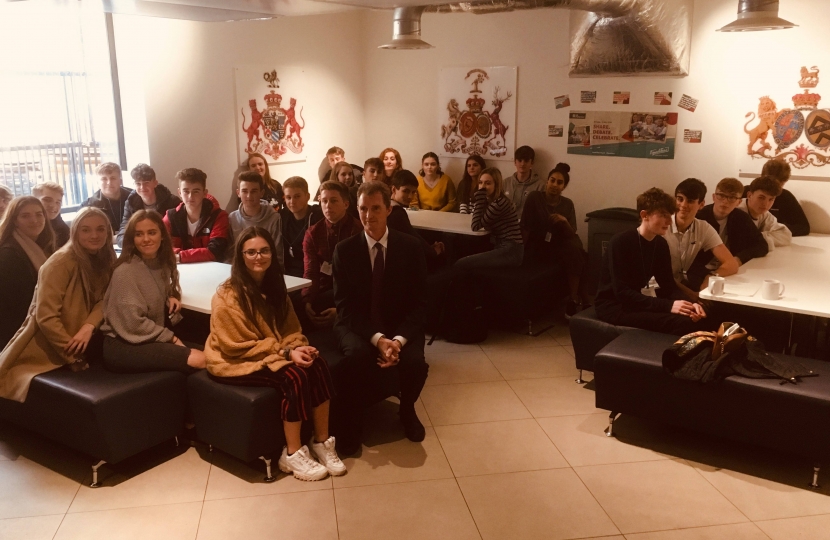 Sixth formers from Monmouth Comprehensive paid a visit to Parliament this week and gave local MP David Davies a thorough grilling on Brexit and other issues.

The pupils went on a guided tour of the historic building before taking part in a question and answer session with the MP in the newly built Education Centre.

With Brexit very much in the news the questions focused on the pros and cons of leaving the EU and the deal being proposed by the Prime Minister.

"I am a supporter of Brexit but it is probably fair to say that a majority in the room were sceptical. However, the standard of questioning was excellent. The students showed a real thirst for information and a willingness to offer polite challenge. They are all a credit to the school."