Monmouth business fears being "pushed out" of Wales by tourism tax 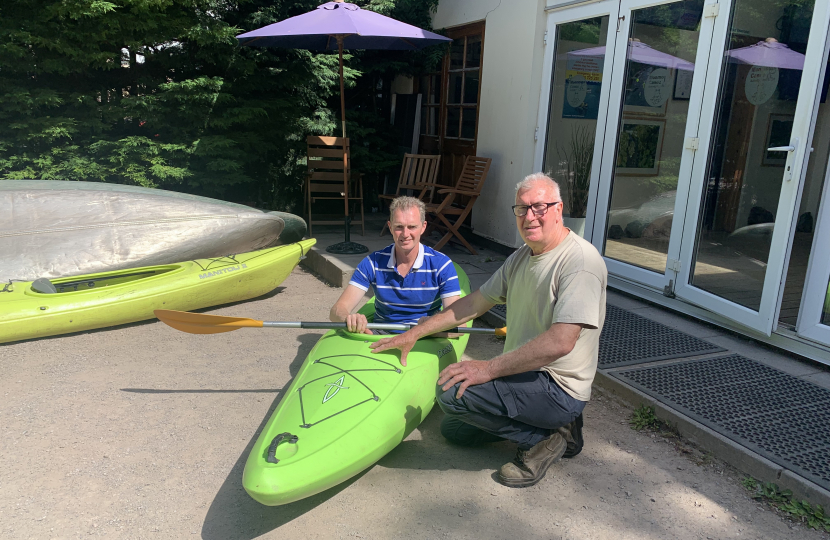 One of Monmouth’s oldest businesses fears being “pushed out” of Wales by a tourism tax.

The Welsh Government wants to add a tourism levy for overnight stays, and it would be up to local authorities to decide whether to apply it.

A consultation will launch in the autumn.

“Tourism in Wales is already under the cosh and a tax like this would be a hammer blow,” he said.

“We are probably one of the oldest businesses running in Monmouth and are credited with starting the canoe hire industry on the River Wye, something Wales should be proud of.

“I cannot remember the last time I spoke to anyone connected to the Welsh Government or tourism in Wales. It’s almost as if tourism is a forgotten industry.”

It is thought there are around 29 other companies hiring canoes on the river from Glasbury in Powys to Monmouth.

Yet Monmouth Canoe and Activity Centre is the only business operating on the lower Wye.

“This information speaks for itself,” added Mr Symonds.

“There appears to be a better climate for what we do across the border. England is just across the way and while it is tempting to move, I started the business in Wales and I do not want to be pushed out by economics.

“We are working very hard here. It is not a magic money-making business and if we have a bad season weather-wise, it can flatline very quickly.

“You do it for the love and enjoyment. There is more wildlife on the river now than I have ever seen.

“I fear a tourism tax would have a detrimental effect and turn people away from Wales. It could be the straw that breaks the camel’s back. We are totally against this proposal in any shape or form.”

“It was fantastic to meet Graham and his wife Sue and hear about how this business was set up in the 1970s,” he said.

“Monmouthshire is a wonderful place to visit and the tourism sector provides a huge number of jobs for people of all ages.

“A local visitor levy would have a devastating impact on businesses like Graham and Sue’s, which are competing with businesses just a few miles away in England.

“Instead of hammering jobs and businesses with utterly illogical taxes, the Welsh Government should be doing more to encourage people to come and visit Wales.”

Mr Davies added he has written to the new Labour administration at Monmouthshire County Council asking them to publicly oppose any tourism tax in Wales.