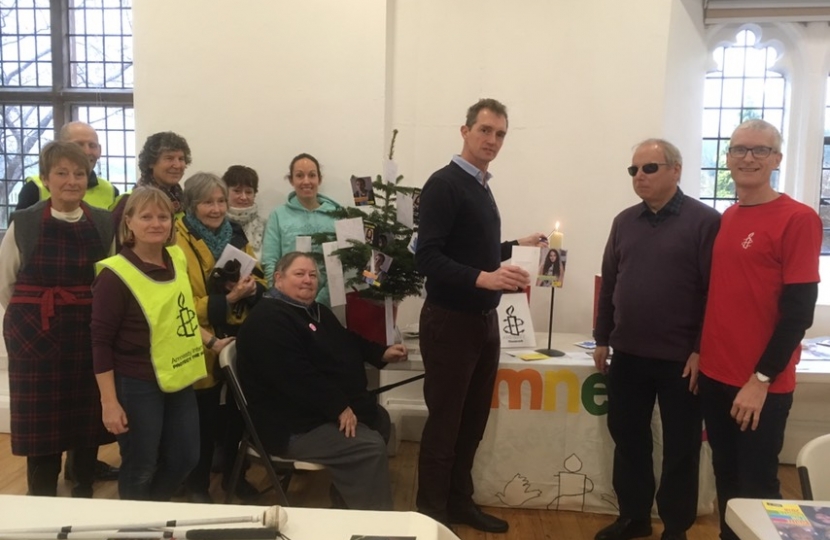 The Monmouth Branch of Amnesty International held a successful coffee morning at the Priory Centre in Monmouth this week to highlight the work of human rights defenders throughout the world. Mr Davies met with Stuart Penny the local organiser and other volunteers from Monmouth to discuss human rights cases around the world and the violence which campaigners often face in other countries.

After the discussion Mr Davies, Mr Penny, Monmouth Town Mayor Terry Christopher and volunteers gathered to light a candle to remember those who have lost their lives this year campaigning for freedom of speech.

“Sadly across the world people continue to be victimised for expressing their political opinions by governments of all political shades. The British Government should be using its Embassies around the world to speak up for those who are oppressed. Amnesty International do a very good job in highlighting these issues and it was a pleasure to support them today.”