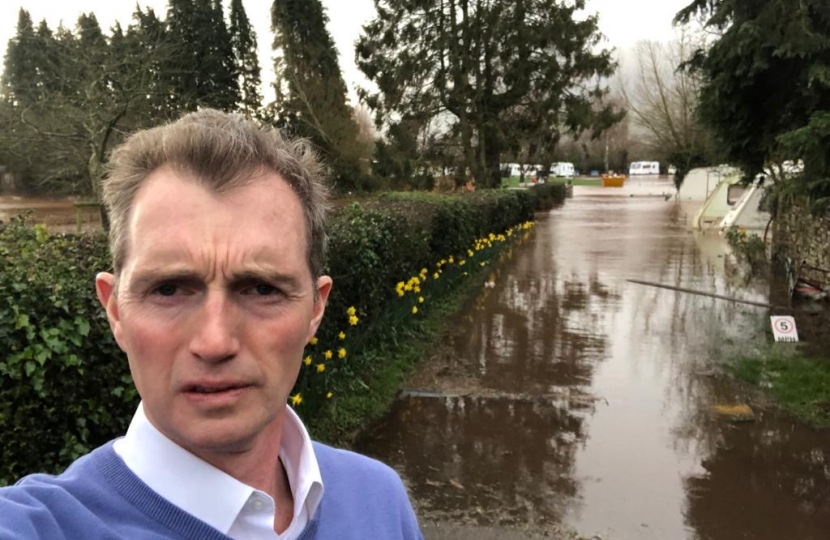 Repairs to the breached flood bank in Llanwenarth Citra have been welcomed by Monmouth MP David Davies.

A large section of the flood barrier behind Mardy Farm – two miles west of Abergavenny – was washed away during Storm Dennis, flooding nearby properties and businesses.

Mr Davies visited the area in the aftermath with local County Councillor Giles Howard where they saw the damage to the flood bank, which was built over 100 years ago, and met affected residents.

“A slight increase in water levels meant the River Usk flowed straight through the breach and the area up to the caravan park at Pyscodlyn Farm was flooded and impassable,” said Mr Davies.

“This shows that urgent restoration of the flood defence is critical as people and properties are at great risk of being flooded again, and at more regular intervals.

“Senior council officials were on the case very quickly and hopefully once the water drops, work will recommence.”